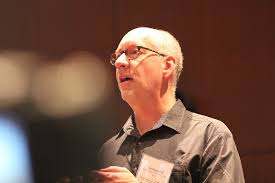 When you have a life-changing, life-threatening disease, medical research never moves as quickly as you want to find a new treatment. Sometimes, as in the case of Parkinson’s disease, it doesn’t seem to move at all.

At our Board meeting last week David Higgins, our Board member and Patient Advocate for Parkinson’s disease, made that point as he championed one project that is taking a new approach to finding treatments for the condition. As he said in a news release:

“I’m a fourth generation Parkinson’s patient and I’m taking the same medicines that my grandmother took. They work but not for everyone and not for long. People with Parkinson’s need new treatment options and we need them now. That’s why this project is worth supporting. It has the potential to identify some promising candidates that might one day lead to new treatments.”

The project is from Zenobia Therapeutics. They were awarded $150,000 as part of our Discovery Inception program, which targets great new ideas that could have a big impact on the field of stem cell research but need some funding to help test those ideas and see if they work.

Zenobia’s idea is to generate induced pluripotent stem cells (iPSCs) that have been turned into dopaminergic neurons – the kind of brain cell that is dysfunctional in Parkinson’s disease. These iPSCs will then be used to screen hundreds of different compounds to see if any hold potential as a therapy for Parkinson’s disease. Being able to test compounds against real human brain cells, as opposed to animal models, could increase the odds of finding something effective.

The Zenobia project was one of 14 programs approved for the Discovery Inception award. You can see the others on our news release. They cover a broad array of ideas targeting a wide range of diseases from generating human airway stem cells for new approaches to respiratory disease treatments, to developing a novel drug that targets cancer stem cells.

Dr. Maria Millan, CIRM’s President and CEO, said the Stem Cell Agency supports this kind of work because we never know where the next great idea is going to come from:

“This research is critically important in advancing our knowledge of stem cells and are the foundation for future therapeutic candidates and treatments. Exploring and testing new ideas increases the chances of finding treatments for patients with unmet medical needs. Without CIRM’s support many of these projects might never get off the ground. That’s why our ability to fund research, particularly at the earliest stage, is so important to the field as a whole.”

The CIRM Board also agreed to invest $13.4 million in three projects at the Translation stage. These are programs that have shown promise in early stage research and need funding to do the work to advance to the next level of development.

At CIRM we are trying to create a pipeline of projects, ones that hold out the promise of one day being able to help patients in need. That’s why we fund research from the earliest Discovery level, through Translation and ultimately, we hope into clinical trials.

The writer Victor Hugo once said:

“There is one thing stronger than all the armies in the world, and that is an idea whose time has come.”

We are in the business of finding those ideas whose time has come, and then doing all we can to help them get there.

One thought on “Hey, what’s the big idea? CIRM Board is putting up more than $16.4 million to find out”