With the Thanksgiving holiday behind us, we’re back to the grind at CIRM. Here are two exciting CIRM-funded stem cell stories that happened while you were away.

Smithsonian Magazine featured the work of a CIRM-funded scientist in their December Magazine issue. The article, “A Neurosurgeon’s Remarkable Plan to Treat Stroke Victims with Stem Cells”, features Dr. Gary Steinberg, who is the Chair of Neurosurgery at Stanford Medical Center and the founder of the Stanford Stroke Center. 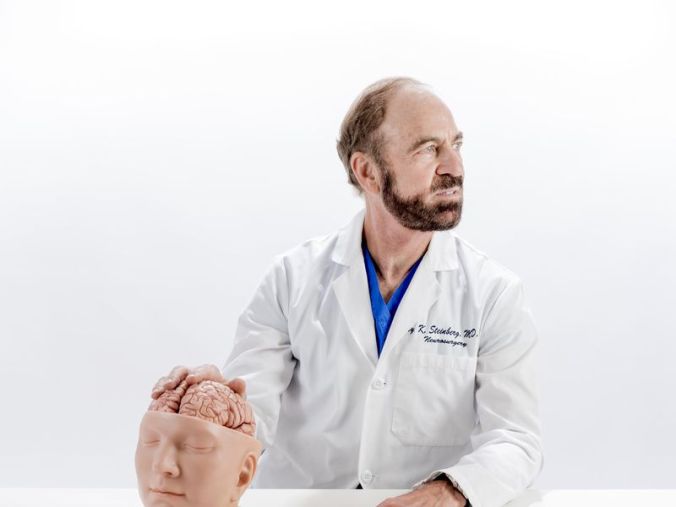 The brain and its 100 billion cells need blood, which carries oxygen and nutrients, to function. When that blood supply is cut off, brain cells start to die and patients experience a stroke. Stroke can happen in one of two ways: either by blood clots that block the arteries and blood vessels that send blood to the brain or by blood vessels that burst within the brain itself. Symptoms experienced by stroke victims vary based on the severity of the stroke, but often patients report experiencing numbness or paralysis in their limbs or face, difficulty walking, talking and understanding.

Steinberg and his team at Stanford are developing a stem cell treatment to help stroke patients. Steinberg believes that not all brain cells die during a stroke, but rather some brain cells become “dormant” and stop functioning instead. By transplanting stem cells derived from donated bone marrow into the brains of stroke patients, Steinberg thinks he can wake up these dormant cells much like how the prince wakens Sleeping Beauty from her century of enchanted sleep.

Basically, the transplanted cells act like a defibrillator for the dormant cells in the stroke-damaged area of the brain. Steinberg thinks that the transplanted cells secrete proteins that signal dormant brain cells to wake up and start functioning normally again, and that they also trigger a “helpful immune response” that prompts the brain to repair itself.

Sonia has seen first hand how a stroke can rob you of even your most basic abilities.

Steinberg tested this stem cell treatment in a small clinical trial back in 2013. 18 patients were treated and many of them showed improvements in their symptoms. The Smithsonian piece mentions a particular patient who had a remarkable response to the treatment. Sonia Olea Coontz, at age 32, suffered a stroke that robbed her of most of her speech and her ability to use her right arm and leg. After receiving Steinberg’s stem cell treatment, Sonia rapidly improved and was able to raise her arm above her head and gained most of her speech back. You can read more about her experience in our Stories of Hope.

In collaboration with a company called SanBio, Steinberg’s team is now testing this stem cell therapy in 156 stroke patients in a CIRM-funded phase 2 clinical trial. The trial will help answer the question of whether this treatment is safe and also effective in a larger group of patients.

The Los Angeles-based company announced that it received approval from the US Food and Drug Administration (FDA) for their investigational new drug (IND) application to launch a new clinical trial called HOPE II that’s testing repeated doses of CAP-1002 cells in DMD patients. The cells are derived from donated heart tissue and are believed to release regenerative factors that strengthen heart and other muscle function in DMD patients.

Capricor is currently conducting a Phase 2 trial, called HOPE-1, that’s testing a single dose of CAP-1002 cells in 24 DMD patients. CIRM is funding this trial and you can learn more about it on our clinical dashboard website and watch a video interview we did with a young man who participated in the trial.

Earlier this year, the company shared encouraging, positive results from the HOPE-1 trial suggesting that the therapy was improving some heart function and upper limb movement six months after treatment and was well-tolerated in patients. The goal of the new trial will be to determine whether giving patients repeated doses of the cell therapy over time will extend the benefits in upper limb movement in DMD patients.

In a news release, Capricor President and CEO Dr. Linda Marbán shared her company’s excitement for the launch of their new trial and what this treatment could mean for DMD patients,

“The FDA’s clearance of this IND upon its initial submission is a significant step forward in our development of CAP-1002. While there are many clinical initiatives in Duchenne muscular dystrophy, this is one of the very few to focus on non-ambulant patients. These boys and young men are looking to maintain what function they have in their arms and hands and, based on our previous study, we think CAP-1002 may be able to do exactly that.”