We’ve written many blogs over the years about research focused on muscle stem cell function . Those stories describe how satellite cells, another name for muscle stem cells, lay dormant but jump into action to grow new muscle cells in response to injury and damage. And when satellite function breaks down with aging as well as with diseases like muscular dystrophy, the satellite cells drop in number and/or lose their capacity to divide, leading to muscle degeneration.

One thing those research studies don’t focus on is the cellular and molecular signals that cause the satellite cells to say, “Hey! We need to start dividing and regenerating!” A Stanford research team examining this aspect of satellite cell function reports this week in Nature Communications that immune cells play an unexpected role in satellite cell activation. This study, funded in part by CIRM, provides a fundamental understanding of muscle regeneration and repair that could aid the development of novel treatments for muscle disorders.

Next, the team examined ADAMTS1 in a mouse model of muscle injury and found the protein clearly increased within one day after muscle injury. This timing corresponds to when satellite cells drop out of there dormant state after muscle injury and begin dividing and specializing into new muscle cells. But follow up tests showed the satellite cells were not the source of ADAMTS1. Instead, a white blood cell called a macrophage appeared to be responsible for producing the protein at the site of injury. Macrophages, which literally means “big eaters”, patrol our organs and will travel to sites of injury and infection to keep them clean and healthy by gobbling up dead cells, bacteria and viruses. They also secrete various proteins to alert the rest of the immune system to join the fight against infection.

Immune cell’s double duty after muscle injury: cleaning up the mess and signaling muscle regeneration
To confirm the macrophages’ additional role as the transmitter of this ADAMTS1 muscle injury signal, the researchers generated transgenic mice whose macrophages produce abnormally high levels of ADAMTS1. The activation of satellite cells in these mice was much higher than in normal mice lacking this boost of ADAMTS1 production. And four months after birth, the increased activation led to larger muscles in the transgenic mice. In terms of muscle regeneration, one-month old transgenic mice recovered from muscle injury faster than normal mice. Stanford professor Brian Feldman, MD, PhD, the senior author of the study, described his team’s initial reaction to their findings in an interview with Scope, Stanford Medicine’s blog: 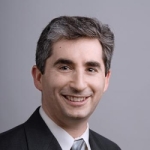 “While, in retrospect, it might make intuitive sense that the same cells that are sent into a site of injury to clean up the mess also carry the tools and signals needed to rebuild what was destroyed, it was not at all obvious how, or if, these two processes were biologically coupled. Our data show a direct link in which the clean-up crew releases a signal to launch the rebuild. This was a surprise.”

Further experiments showed that ADAMTS1 works by chopping up a protein called NOTCH that lies on the surface of satellite cells. NOTCH provides signals to the satellite cell to stay in a dormant state. So, when ADAMTS1 degrades NOTCH, the dormancy state of the satellite cells is lifted and they begin to divide and transform into muscle cells.

A pathway to novel muscle disorder therapies?
One gotcha with the ADAMTS1 injury signal is that too much activation can lead to a depletion of satellite cells. In fact, after 8 months, muscle regeneration actually weakened in the transgenic mice that were designed to persistently produce the protein. Still, this novel role of macrophages in stimulating muscle regeneration via the secreted ADAMTS1 protein opens a door for the Stanford team to explore new therapeutic approaches to treating muscle disorders:

“We are excited to learn that a single purified protein, that functions outside the cell, is sufficient to signal to muscle stem cells and stimulate them to differentiate into muscle,” says Dr. Feldman. “The simplicity of that type of signal in general and the extracellular nature of the mechanism in particular, make the pathway highly tractable to manipulation to support efforts to develop therapies that improve health.”