The great inventions – like the automobile, the Internet or aviation – are marked as important turning points in human history. But it’s usually the additional tinkering that goes on in the ensuing years after the initial invention that makes the technology feasible in terms of cost, reproducibility and mass production.

The same holds true for the Nobel prize winning induced pluripotent stem cell (iPS) technique. The sight of human iPS-derived heart muscle cells, or cardiomyocytes, beating in a petri dish brought a lot of early excitement in the late 2000’s (and still does today) about the potential of using human cells rather than animal models to screen for novel heart disease therapies and to test for drug toxicity.

And since iPS cells can be created directly from the skin or blood of a heart disease patient, it opened new opportunities to better understand the cellular basis of heart disease.

The Earth isn’t flat and neither is the heart
But the human heart is more than a two dimensional layer of cardiomyocytes in a petri dish. As a result, more complex three dimensional miniature heart structures that better mimic cardiac function have been developed over time. Now a CIRM-funded research team at the Gladstone Institutes has gone a step further and devised a “Micro-Heart Muscle” (µHM) technique that is easy to make and uses much fewer cells. The method detailed in Scientific Reports yesterday is poised to make large-scale, high-throughput drug and toxicology testing for heart disease therapies a reality.

Prior to this current publication, the Engineered Heart Muscle (EHM) has been the gold standard for petri dish models of human heart function. To better reflect the cellular environment of heart tissue than a simple layer of heart cells, EHM is composed of a mixture of iPS-derived cardiomyocytes, fibroblasts, and extracellular matrix, a natural scaffold that supports the heart’s cellular structure. These components are grown into 3D molds in a lab dish and embedded into posts that give the muscle cells something to contract against. This setup provides a means to do detailed analysis of the impact of drugs on heart muscle function. While these miniature EHM structures successfully produce physiologically relevant heart tissue for testing in the lab, they nonetheless carry some practical limitations. The complexity of the molds and the need for millions of cells for each EHM tissue makes the cost of large-scale drug development experiments too high. And the use of extracellular matrix would muck up the miniaturized instrumentation that is used for these therapy development efforts.

Dog bones: the key to easier, cheaper muscle tissue
The Gladstone team, led by Bruce Conklin, has overcome these challenges with their Micro-Heart Muscle product. With some educated trial and error, they zeroed in on a simple dog bone shaped mold to grow the mixture of cells in. The shape of the mold encouraged the muscle cells to self organize and grow into contracting tissue without the need of extracellular matrix. And better yet, less than 10,000 cells were needed to form each tissue. Here’s a cool video, recorded by first author Nathaniel Huebsch, of the cells in action:

These technical improvements of the Micro-Heart Muscle could help make large-scale, systematic approaches to study heart disease and toxicology a reality. As you read Conklin’s summary of the results in a Gladstone press release, you can hear his excitement about the future applications of this method: 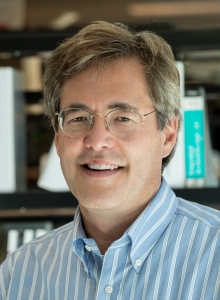 “The beauty of this technique is that it is very easy and robust, but it still allows you to create three-dimensional miniature tissues that function like normal tissues. Our research shows that you can create these complex tissues with a simple template that exploits the inherent properties of these cells to self-organize. We think that the micro heart muscle will provide a superior resource for conducting research and developing therapies for heart disease.”

Micro-Heart Muscle: the Model T of iPS innovations?
Karl Benz is generally credited as the inventor of the automobile, but a few years later it was Henry Ford’s efficient assembly line and manufacturing process that helped make mass production and affordability of the car possible. In a somewhat similar way, Shinya Yamanaka’s iPS technique will no doubt go down as one of the greatest inventions in the 21st century and maybe Conklin’s team’s Micro-Heart Muscle will also feature prominently in the history books as a follow up innovation that made the development of heart disease therapies possible. 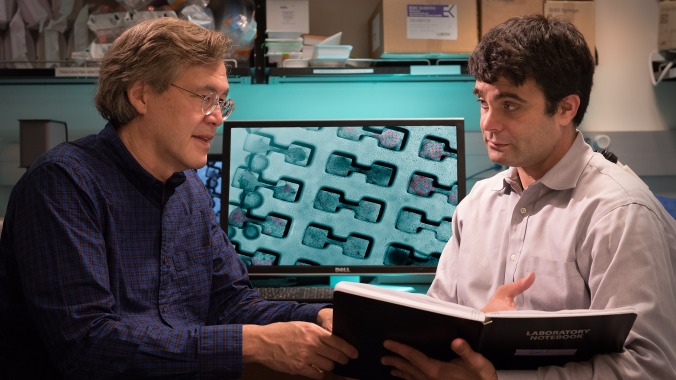