The Zika virus scare came to a head in 2015, prompting the World Health Organization to declare the outbreak a global health emergency earlier this year. From a research standpoint, much of the effort has centered on understanding whether the Zika infection is actually a cause of birth defects like microcephaly and how the virus infects mothers and their unborn children.

The Zika Virus is spread to humans by mosquitos.

What’s known so far is that the Zika virus can pass from the mother to the fetus through the placenta and it can infect the developing brain of the fetus. But how exactly the virus infects brain cells is less clear.

Scientists from UC San Francisco (UCSF) are tackling this question and have unraveled one more piece to the Zika infection puzzle. UCSF professor Dr. Arnold Kriegstein and his team reported yesterday in the journal Cell Stem Cell that they’ve identified a protein receptor on the surface of brain stem cells that could be the culprit for Zika virus infection.

Based on previous studies that showed that the Zika virus specifically infects brain stem cells, Kriegstein and his colleagues hypothesized that these cells expressed specific proteins that made them vulnerable to Zika infection. They looked to see which genes were turned on and off in brain stem cells derived from donated fetal tissue as well as other cell types in the developing brain to identify proteins that would mediate Zika virus entry.

AXL is to blame

They found a protein receptor called AXL that was heavily expressed in a type of brain stem cell called the radial glial cell, which gives rise to the outer layer of the brain called the cerebral cortex. AXL piqued their interest because it was identified in other studies as an entry point for Zika and other similar viruses like dengue in human skin cells. Furthermore, the team confirmed that radial glial cells produce a lot of AXL protein during development and it appears during a specific window of time – the second trimester of pregnancy.

A link between radial glial cells and Zika infection made sense to first author Tomasz Nowakowski who explained in a UCSF news release,

“In the rare cases of congenital microcephaly, these [radial glial cells] are the cells that die or differentiate prematurely, which is one of the reasons we became interested in the possible link.”

The team also found that AXL was expressed in mature brain cells including astrocytes and microglia and in retinal progenitor cells in the eye. They pointed out that the presence of AXL in the developing eye could help explain why many cases of Zika infection are associated with eye defects.

The bulk of the study used stem cells isolated from donated human fetal tissue, but the team also developed a different stem cell model to confirm their results. They generated brain organoids, also coined as “mini-brains”, in a dish from human induced pluripotent stem cells. These mini-brains contain structures and cell types that closely resemble parts of the developing brain. The team studied radial glial like cells in the mini-brains and found that they also expressed AXL on their surface.

Kriegstein and his team believe they now have a working stem cell model for how viruses like Zika can infect the brain. Using their brain organoid model, they plan to collaborate with other UCSF researchers to learn more about how Zika infection occurs and whether it really causes birth defects.

“If we can understand how Zika may be causing birth defects,” Kriegstein said, “we can start looking for compounds to protect pregnant women who become infected.”

While the evidence points towards AXL as one of the major entry points for Zika infection in the developing brain, the UCSF team and other scientists still need to confirm that this receptor is to blame. 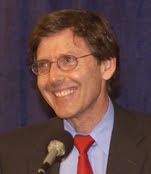 “While by no means a full explanation, we believe that the expression of AXL by these cell types is an important clue for how the Zika virus is able to produce such devastating cases of microcephaly, and it fits very nicely with the evidence that’s available. AXL isn’t the only receptor that’s been linked with Zika infection, so next we need to move from ‘guilt by association’ and demonstrate that blocking this specific receptor can prevent infection.”

If AXL turns out to be the culprit, scientists will have to be careful about testing drugs that block its function given that AXL is important for the proliferation of brain stem cells during development. There might be a way however that such treatments could be given to at risk women before they get pregnant.