Lab grown kidneys able to take a leak. While a few teams have been able to grow parts of kidneys in the lab using stem cells, they could never show full function because kidneys are not a closed system. They need connecting plumbing and a 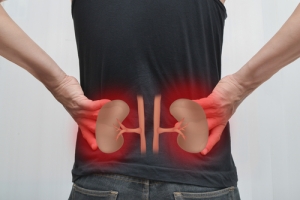 bladder to collect fluid before urine can be expelled. Now, a team in Japan has built kidneys as well as those other parts in the lab. When they were implanted in rats and pigs and connected to the animals’ own plumbing the man-made organs successfully peed.

The BBC ran a story on the work that included a quote from noted stem cell expert Chris Mason of University College, London:

”This is an interesting step forward. The science looks strong and they have good data in animals. But that’s not to say this will work in humans. We are still years off that. It’s very much mechanistic. It moves us closer to understanding how the plumbing might work.”

The team published the research in the U.S. Proceedings of the National Academy of Sciences.

Seeing through bone to track stem cells. Yes we know blood-forming stem cells reside in bone marrow, but that is a pretty big base of operations. We really haven’t known where in the marrow they tend to hang out and in what sort of groupings. A team at Children’s Research Institute at the University of Texas Southwestern published research this week using new imaging techniques to map the home of all the blood stem cells in marrow and it showed some surprising results.

“The bone marrow and blood-forming stem cells are like a haystack with needles inside. Researchers in the past have been able to find a few stem cells, but they’ve only seen a small percentage of the stem cells that are there, so there has been some controversy about where exactly they’re located,” said UT’s Sean Morrison in a press release posted by Technology Networks.

“We developed a technique that allows us to digitally reconstruct the entire haystack and see all the needles – all the blood-forming stem cells that are present in the bone marrow – and to know exactly where they are and how far they are from every other cell type.”

They found the blood-forming stem cells clustered in the center of the bone marrow rather than near the edges of the bone as was presumed. This improved understanding of the stem cells’ natural environment should make it easier to replicate the cells behavior in the lab and, in turn, lead to improved stem cell therapies.

Help for colitis patients resistant to therapy. About two-thirds of patients with colitis and Crohn’s disease do not respond to one of the leading medications that blocks a protein considered key to the inflammatory process, Tumor Necrosis Factor (TNF). A CIRM-funded team at the Children’s Hospital Los Angeles published research this week suggesting why and offering possible new options for treatment.

The mechanism surprised his team. They found that TNF in these patients actually protected against inflammation by inhibiting one type of the immune system’s T cells. The interplay between TNF and those culprit T cells now becomes a target to therapeutic intervention.