A better ratio of bone to fat. Most of us at any age would prefer a little less fat and older folks, particularly ones plagued by the bone loss of osteoporosis, could use a bit more bone. Since both types of tissues come from mesenchymal stem cells (MSCs) a team at the University of Miami decided to look for chemical triggers that tells those stem cells whether to become fat or bone.

They found an enzyme that seems to do just that. In mice that were born with a mutation in the gene for that enzyme they saw increased bone growth, less fat production and a leaner body mass. HealthCanal picked up the university’s press release that quoted the leader of the team Joshua Hare:

“The production of bone could have a profound effect on the quality of life for the aging population.”

He goes on to note that there are many hurdles to cross before this becomes a therapeutic reality, but the current work points to lots of potential.

Path to becoming a star stem cell scientist. D, the city magazine for Dallas, published a lengthy—nearly 4,000-word—feature on Sean Morrison, one of the undisputed leaders of our field. While it starts out talking about his latest role of creating a multi-pronged center for innovation at 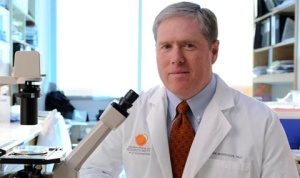 Children’s Medical Center Dallas and UT Southwestern, it spends most of its words on how he got there.

It’s fun reading how someone gets into a field as new as stem cell science and what keeps them in the field. Initially, for him it seems to originate from an immense curiosity about what was not known about the powerful little stem cells.

“Fifteen years ago, there was nothing known at the molecular level about how stem cells replicate. And I really felt it was a fundamental question in biology to understand. It was a question that was central to a lot of important issues, because the ability of stem cells to self-renew is critical to form your tissues throughout development, to maintain your tissues throughout adulthood.”

There is also a good retelling of Morrison’s role in the protracted and hard-fought battle to make embryonic stem cell research legal during his years in Michigan. He started working on the campaign to overturn the ban in 2006 and in 2008 the voters agreed. The article makes a compelling case for something I have advocated for years: scientists need to practice speaking for the public and get out and do it.

Turning stem cell data into sound. Interpreting scientific data through sound, sonification, is a bit trendy now. But the concept is quite old. Think of the Geiger counter and the speed of the click changing based on the level of radiation.

Researchers tend to consider sonification when dealing with large data sets that have some level of repetitive component. Following the differentiation of a large number of stem cells as they mature into different types of tissue could lend itself to the genre and a team at Cardiff University in Scotland reports they have succeeded. In doing just that.

HealthCanal picked up the university’s piece talking about the project. Unfortunately it does a very poor job of explaining how the process actually works. I did find this piece on ocean microbes that describes the concept of sonification of data pretty well.

Cord blood poised for greater use. I get very uncomfortable when friends ask for medical advice around stem cells. I usually try to give a lay of the land that comes short of direct advice. A common question centers on the value of paying the annual storage fees to freeze their baby’s cord blood. To which, I typically say that for current uses the value is marginal, but for the uses that could come in five to 10 years, it could be quite significant.

So, it was not surprising to read a headline on a Scientific American Blog last December reading “Vast Majority of Life-Saving Cord Blood Sits Unused.” But it was also fun to read a well-documented counter point guest blog on the site this morning by our former President, Alan Trounson. He suggested a better headline would be: “Vast Majority of Life-Saving Cord Blood Sits Poised for Discovery.”

He details how cord blood has become a valuable research tool and lists some of the FDA-approved clinical trials that could greatly expand the indication of cord blood therapy. While some of those trials will likely produce negative results, some will succeed and they all will start to show how to turn those frozen vials into a more valuable resource.