I’m going to tell you a secret: I love sugar. I love it so much that as a little kid my mom used to tell me scary stories about how my teeth would fall out and that I might get diabetes one day if I ate too many sweets. Thankfully, none of these things happened. I have a full set of teeth (and they’re real), my blood sugar level is normal, and I’ve become one with the term “everything in moderation”. 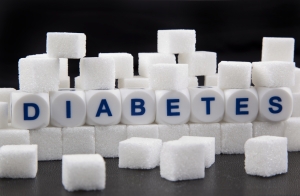 I am not out of the woods, however: a newly discovered type of diabetes could strike in a few decades. A research team has found the cause of a type of diabetes that occurs because of old age, and a potential cure, at least in mice.

People who suffer from diabetes (which is almost 30 million Americans) lack the ability to regulate the amount of sugar in their blood. The pancreas is the organ that regulates blood sugar by producing a hormone called insulin. If blood has a high sugar level, the pancreas releases insulin, which helps muscle, liver, and fat cells to absorb the excess sugar until the levels in the blood are back to normal.

There are two main forms of diabetes, type 1 and 2, both of which cause hyperglycemia or high blood sugar. Type 1 is an autoimmune disorder where the immune system attacks and kills the insulin-producing cells in the pancreas. As a result, these type 1 diabetics aren’t able to produce insulin and endure a lifetime of daily insulin shots to manage their condition. Type 2 diabetes is the more common form of the disease and occurs when the body’s cells become unresponsive, or resistant, to insulin and stop absorbing sugar from the bloodstream.

The cause of type 1 diabetes is not known although genetic factors are sure to be involved. Type 2 diabetes can be caused by a combination of factors including poor diet, obesity, genetics, stress, and old age. Both forms of the disease can be fatal if not managed properly and raise the risk of other medical complications such as heart disease, blindness, ulcers, and kidney failure.

While type 1 or 2 diabetes make up the vast majority of the cases, there are actually other forms of this disease that we are only just beginning to understand. One of them is type 3, which is linked to Alzheimer’s disease. (To learn more about the link between AD and diabetes, read this blog.)

Old age can cause diabetes

Another form of diabetes, which is in the running for the title of type 4, is caused by old age. Unlike type 2 diabetes which also occurs in adults, type 4 individuals don’t have the typical associated risk factors like weight gain. The exact mechanism behind age-related type 4 diabetes in humans isn’t known, but a CIRM-funded study published today in Nature identified the cause of diabetes in older, non-obese mice.

Scientists from the Salk Institute compared the immune systems of healthy mice to lean mice with age-associated insulin resistance or mice with obesity-associated insulin resistance (the equivalent to type 2 diabetes in humans). When they studied the fat tissue in the three animal models, they noticed a striking difference in the number of immune cells called T regulatory cells (Tregs). These cells are the “keepers of the immune system”, and they keep inflammation and excessive activity of other immune cells to a minimum.

Normally, Tregs help calm inflammation. Because fat tissue is constantly broken down and built back up as it stores and releases energy, it requires low levels of inflammation to constantly remodel itself. But as someone ages, the new research suggests, Tregs gradually accumulate within fat. And if the cells reach a tipping point where they completely block inflammation in fat tissue, they can cause fat deposits to build up inside unseen areas of the body, including the liver, leading to insulin resistance.

A cure for type 4 diabetes, but in mice…

This study is only the beginning for understanding age-related diabetes. The authors next want to find out why Tregs accumulate in the fat tissue of older mice, and if they also build up in other tissues and organs. They are also curious to know if the same phenomenon happens in elderly humans who become diabetic but don’t have type 2 diabetes.

Understanding the cause of age-related diabetes in humans is of upmost importance to Ronald Evans who is the director of the Gene Expression Lab at the Salk Institute, and senior author on the study.

A lot of diabetes in the elderly goes undiagnosed because they don’t have the classical risk factors for type 2 diabetes, such as obesity. We hope our discovery not only leads to therapeutics, but to an increased recognition of type 4 diabetes as a distinct disease.

For more on this exciting study, check out a video interview of Dr. Evans from the Salk Institute:

We rely on our immune system to stave off all classes of disease—but what happens when the very system responsible for keeping us healthy turns to the dark side? In new research published today, scientists uncover new evidence that reveals how breast cancer tumors can actually recruit immune cells to spur the spread of disease.

Some forms of breast cancer tumors can actually turn the body’s own immune system against itself.

Breast cancer is one of the most common cancers, and if caught early, is highly treatable. In fact, the majority of deaths from breast cancer occur because the disease has been caught too late, having already spread to other parts of the body, a process called ‘metastasis.’ Recently, scientists discovered that women who have a heightened number of a particular type of immune cells, called ‘neutrophils,’ in their blood stream have a higher chance of their breast cancer metastasizing to other tissues. But they couldn’t figure out why.

Enter Karin de Visser, and her team at the Netherlands Cancer Institute, who announce today in the journal Nature the precise link between neutrophil immune cells and breast cancer metastasis.

They found that some types of breast tumors are particularly nefarious, sending out signals to the person’s immune system to speed up their production of neutrophils. And then they instruct these newly activated neutrophils to go rogue.

Rather than attack the tumor, these neutrophils turn on the immune system. They especially focus their efforts at blocking T cells—the type of immune cells whose job is normally to target and attack cancer cells. Further examination in mouse models of breast cancer revealed a particular protein, called interleukin 17 (or IL17) played a key role in this process. As Visser explained in today’s news release:

“We saw in our experiments that IL17 is crucial for the increased production of neutrophils. And not only that, it turns out that this is also the molecule that changes the behavior of the neutrophils, causing them to become T cell inhibitory.”

The solution then, was clear: block the connection, or pathway, between IL17 and neutrophils, and you can thwart the tumor’s efforts. And when Visser and her team, including first author and postdoctoral researcher Seth Coffelt, did this they saw a significant improvement. When the IL17-neutrophil pathway was blocked in the mouse models, the tumors failed to spread at the same rate.

“What’s notable is that blocking the IL17-neutrophil route prevented the development of metastases, but did not affect the primary tumor,” Visser added. “So this could be a promising strategy to prevent the tumor from spreading.”

The researchers are cautious about focusing their efforts on blocking neutrophils, however, as these cells are in and of themselves important to stave off infections. A breast cancer patient with neutrophil levels that were too low would be at risk for developing a whole host of infections from dangerous pathogens. As such, the research team argues that focusing on ways to block IL17 is the best option.

Just last month, the FDA approved an anti-IL17 based therapy to treat psoriasis. This therapy, or others like it, could be harnessed to treat aggressive breast cancers. Says Visser:

“It would be very interesting to investigate whether these already existing drugs are beneficial for breast cancer patients. It may be possible to turn these traitors of the immune system back towards the good side and prevent their ability to promote breast cancer metastasis.”