There are limitations to studying cells under a microscope. To understand some of the more complex processes, it is critical to see how these cells behave in an environment that is similar to conditions in the body. The production of organoids has revolutionized this approach.

Organoids are three-dimensional structures derived from stem cells that have similar characteristics of an actual organ. There have been several studies recently published that have used this approach to understand a wide scope of different areas.

In one such instance, researchers at The University of Cambridge were able to grow a “mini-brain” from human stem cells. To demonstrate that this organoid had functional capabilities similar to that of an actual brain, the researchers hooked it up to a mouse spinal cord and surrounding muscle. What they found was remarkable– the “mini-brain” sent electrial signals to the spinal cord that made the surrounding muscles twitch. This model could pave the way for studying neurodegenerative diseases such as spinal muscular atrophy (SMA) and amyotrophic lateral sclerosis (ALS).

Speaking of SMA, researchers in Singapore have used organoids to come up with some findings that might be able to help people battling the condition.

SMA is a neurodegenerative disease caused by a protein deficiency that results in nerve degeneration, paralysis and even premature death. The fact that it mainly affects children makes it even worse. Not much is known how SMA develops and even less how to treat or prevent it.

That’s where the research from the A*STAR’s Institute of Molecular and Cell Biology (IMCB) comes in. Using the iPSC method they turned tissue samples from healthy people and people with SMA into spinal organoids.

They then compared the way the cells developed in the organoids and found that the motor nerve cells from healthy people were fully formed by day 35. However, the cells from people with SMA started to degenerate before they got to that point.

In an article in Science and Technology Research News lead researcher Shi-Yan Ng said this approach could help unlock clues to other diseases such as ALS.

“We are one of the first labs to report the formation of spinal organoids. Our study presents a new method for culturing human spinal-cord-like tissues that could be crucial for future research.”

Just yesterday the CIRM Board awarded almost $4 million to Ankasa Regenerative Therapeutics to try and develop a treatment for another debilitating back problem called degenerative spondylolisthesis.

And finally, organoid modeling was used to better understand and study an infectious disease. Scientists from the Max Planck Institute for Infection Biology in Berlin created fallopian tube organoids from normal human cells. Fallopian tubes are the pair of tubes found inside women along which the eggs travel from the ovaries to the uterus. The scientists observed the effects of chronic infections of Chlamydia, a sexually transmittable infection. It was discovered that chronic infections lead to permanent changes at the DNA level as the cells age. These changes to DNA are permanent even after the infection is cleared, and could be indicative of the increased risk of cervical cancer observed in women with Chlamydia or those that have contracted it in the past.

When used in tandem, stem cells and gene editing make a powerful pair in the development of cell therapies for genetic diseases like sickle cell anemia and bubble baby disease. But the applications of these cutting-edge technologies go well beyond cell therapies.

This week, researchers at the Wellcome Trust Sanger Institute in the UK and the University of British Columbia (UBC) in Canada, report their use of induced pluripotent stem cells (iPSCs) and the CRISPR gene editing to better understand chlamydia, a very common sexually transmitted disease. And in the process, the researchers gained insights for developing new drug treatments.

Chlamydia is caused by infection with the bacteria Chlamydia trachomatis. According to the Centers for Disease Control (CDC), there were over 1.5 million cases of Chlamydia reported in the U.S. in 2015. And there are thought to be almost 3 million new cases each year. Men with Chlamydia usually do not face many health issues. Women, on the other hand, can suffer serious health complications like pelvic inflammatory disease and infertility.

Although it’s easily treatable with antibiotics, the disease often goes unnoticed because infected people may not show symptoms. And because of the rising fear of antibiotic-resistant bacteria, there’s a need to develop new types of drugs to treat Chlamydia.

To tackle this challenge, the research teams focused first on better understanding how the bacteria infects the human immune system. As first author Dr. Amy Yeung from the Wellcome Trust Sanger Institute explained in a press release, researchers knew they were up against difficult to treat foe: 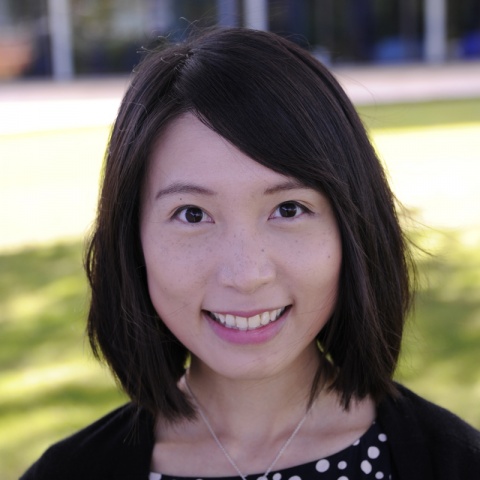 “Chlamydia is tricky to study because it can permeate and hide in macrophages [a type of white blood cell] where it is difficult to reach with antibiotics. Inside the macrophage, one or two chlamydia cells can replicate into hundreds in just a day or two, before bursting out to spread the infection.”

In the study, published in Nature Communications, the teams chose to examine human macrophages derived from iPSCs. This decision had a few advantages over previous studies.  Most Chlamydia studies up until this point had either used macrophages from mice, which don’t always accurately reflect what’s going on in the human immune system, or human macrophage cell lines, which have genetic abnormalities that allow them to divide indefinitely.

With these human iPSC-derived macrophages, the team then used CRISPR gene editing technology to systematically delete, or “knockout”, genes that may play a role in Chlamydia infection. Lead author Dr. Robert Hancock from UBC described the power of this approach:

“We can knock out specific genes in stem cells and look at how the gene editing influences the resulting macrophages and their interaction with chlamydia. We’re effectively sieving through the genome to find key players and can now easily see genes that weren’t previously thought to be involved in fighting the infection.”

In fact, they found two genes that appear to play an important role in Chlamydia infection. When they knocked out either the IRF5 or IL-10RA gene, the macrophages were much more vulnerable to infection. The team is now eager to examine these two genes as possible targets for novel Chlamyia drug treatments. But as Dr. Gordon Dougan –the senior author from the Sanger Institute – explains, these studies could be far-reaching:

“This system can be extended to study other pathogens and advance our understanding of the interactions between human hosts and infections. We are starting to unravel the role our genetics play in battling infections, such as chlamydia, and these results could go towards designing more effective treatments in the future.”