March is Multiple Sclerosis month. In honor of MS patients and research, we are featuring a guest blog from scientist and communicator Hamideh Emrani. Thoughts expressed here are not necessarily those of CIRM.

If you are reading this post, other than out of curiosity, chances are that you know someone who has been affected by Multiple Sclerosis (MS). This unpredictable and at times confusing disease has affected too many people in my circle of friends and family. I personally have spent hours reading about it and reading about possible treatments.

For instance, M, a really close friend of mine woke up one day and everything was blurry. She could see but it seemed as if there was a thick fog covering everything. After seeing her optometrist and being evaluated via multiple tests and an MRI scan, she was diagnosed with MS. The reason behind her blurred vision was inflammation of her optic nerves.

Why do MS symptoms happen?

The nerve cells in the brain and spinal cord are connected through cellular extensions. Each cell has one long cellular extension at one end, called an axon, that looks similar to an electrical wire. Axons relay information using neural signals from one cell to another. Just as an electrical wire has a protective plastic cover to avoid leakage of electricity, these axons, are covered with a protective layer of a special fat called myelin.

The myelin on the outside of nerve cells is destroyed in patients with MS. (Source Wikimedia & Bruce Blaus)

In MS, a patient’s immune cells start to attack this protective layer in the central nervous system: the optic nerves, brain, and the spinal cord. They also attack the cells that produce myelin (called oligodendrocytes) and the injured nerve axon fibers. This results in de-myelination or the loss of myelin; and eventual deterioration and damage of the nerve axons. In turn, multiple scar tissues form on the damaged areas on nerves that can be seen through MRI, hence the name “multiple sclerosis” with sclerosis meaning scar tissue.

Generally, the demyelination and scar tissue will cause communication problems among nerves and the symptoms vary in each patient making it a complicated disease to treat. Some common resulting symptoms include excessive fatigue, pain, blurred vision, walking difficulties, muscle  stiffness and changes in brain-based skills such as memory and problem solving.

Depending on the stage of the disease and the extent of the damage, the disease has been categorized to four different courses.

What is the cause of MS?

MS is affecting a growing number of human populations. While the jury is still out to define the main cause, many scientists believe that various factors play a role such as genetic predisposition, viral and bacterial infections, and environmental cues. MS is mostly prominent in countries in the Northern hemisphere and colder climates. It affects more women than men, and is mostly diagnosed between the age of 35-50.

Unfortunately, there is no cure for MS at the moment. The drugs that are available, called MS modifying treatments, try to prevent the progression of the disease but they don’t reverse it. Instead, the drugs mostly modulate the immune system to avoid further attacks or treat symptoms such as fatigue, pain, and bladder issues that are caused by the damage.

How do stem cells come into picture?

Stem cells are unique cells with the ability to both self-renew and specialize into different cell types. This amazing regeneration ability has turned them into great sources for designing treatment strategies to replace the damaged cells in MS. Two stem cell treatment approaches for MS are currently in development. In one, the researchers try to reboot or modulate the patient’s immune system to prevent it from attacking the nerve cells. In the other, scientists focus on using stem cells to make oligodendrocytes to try and regenerate and repair lost and injured nervous tissue.

Just last month, Dr. Paolo Muraro et al. published a report that reviews such clinical trials and the long-term outcomes for the patients. They evaluated data for 281 patients from 25 centers in 13 countries that were followed an average of 6.5 years after the transplant. At the end they conclude that almost half of the patients receiving HSCT did not have any progression of the disease. And, younger patients with the most common form of MS, RRMS, who had less disability going into the trial, and had gone through less disease modifying treatments had a better outcome. (73% were progression free at the  5 year mark).

Will Stem Cells be used for treatment of MS in the near future?

Even though the initial results of the HSCT clinical trials sound promising, the risks that are involved are not easy to ignore.  In all the mentioned trials, there were side effects related to the transplant. There were also a total of nine deaths reported in all the studies combined (since 1990s). However, most of these deaths occurred before the year of 2000 and they were attributed to transplantation techniques and patient selection methods. Over the years, researchers have been working hard to fine tune the techniques and made the procedure safer. But even now it is important for the patients to weigh the benefits and the risks before undergoing the procedure.

That’s why neurologists and stem cell scientists do not currently recommend  blood stem cell transplants as the top-of-the-line treatment option for most MS patients. Other types of stem cells are being investigated for their potential in deriving oligodendrocytes and nerve cells to re-myelinate and repair the damaged ones. However, they are still in development and have not reached a clinical trial in people.

At the moment, many stem cell treatment approaches are all at the experimental level and more research is needed to completely prove them to be safe and effective. There are many trusted sources to get information from and the international society for stem cell research (ISSCR) has produced a great nine step guideline for patients and family members considering stem cell treatments. Also the national MS society website is a great resource for learning more about Multiple Sclerosis, including participating in clinical trial studies. 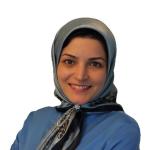 Hamideh Emrani is a science and technology communicator in Toronto, Canada. She is a graduate of UC Berkeley and has a Masters degree from the University of Toronto. You can follow Hamideh on Twitter.