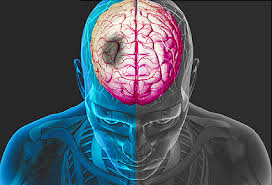 Stroke is the leading cause of serious, long-term disability in the US. Every year almost 800,000 people suffer from a stroke. The impact on their lives, and the lives of those around them can be devastating.

Right now the only treatment approved by the US Food and Drug Administration (FDA) is tissue plasminogen activator or tPA. This helps dissolve the blood clot causing most strokes and restores blood flow to the brain. However, to be fully effective this has to be administered within about 3-4 hours after the stroke. Many people are unable to get to the hospital in time and as a result suffer long-term damage, damage that for most people has been permanent.

But now a new study in Nature Medicine shows that might not be the case, and that this damage could even be reversible.

The research, done by a team at the University of Southern California (USC) uses a one-two punch combination of stem cells and a protein that helps those cells turn into neurons, the cells in the brain damaged by a stroke.

First, the researchers induced a stroke in mice and then transplanted human neural stem cells alongside the damaged brain tissue. They then added in a dose of the protein 3K3A-APC or a placebo.

hey found that mice treated with 3K3A-APC had 16 times more human stem-cell derived neurons than the mice treated with the placebo. Those neurons weren’t just sitting around doing nothing. USC’s Berislav Zlokovic, senior author of the paper, says they were actively repairing the stroke-induced damage.

“We showed that 3K3A-APC helps the grafted stem cells convert into neurons and make structural and functional connections with the host’s nervous system. No one in the stroke field has ever shown this, so I believe this is going to be the gold standard for future studies. Functional deficits after five weeks of stroke were minimized, and the mice were almost back to normal in terms of motor and sensorimotor functions. Synapses formed between transplanted cells and host cells, so there is functional activation and cooperation of transplanted cells in the host circuitry.”

The researchers wanted to make sure the transplanted cell-3K3A-ACP combination was really the cause of the improvement in the mice so they then used what’s called an “assassin toxin” to kill the neurons they had created. That reversed the improvements in the treated mice, leaving them comparable to the untreated mice. All this suggests the neurons had become an integral part of the mouse’s brain.

So how might this benefit people? You may remember that earlier this summer Stanford researchers produced a paper showing they had helped some 18 stroke patients, by injecting stem cells from donor bone marrow into their brain. The improvements were significant, including in at least one case regaining the ability to walk. We blogged about that work here

In that study, however, the cells did not become neurons nor did they seem to remain in the brain for an extended period. It’s hoped this new work can build on that by giving researchers an additional tool, the 3K3A-ACP protein, to help the transplanted cells convert to neurons and become integrated into the brain.

One of the other advantages of using this protein is that it has already been approved by the FDA for use in people who have experienced an ischemic stroke, which accounts for about 87 percent of all strokes.

The USC team now hope to get approval from the FDA to see if they can replicate their experiences in mice in people, through a Phase 2 clinical trial.