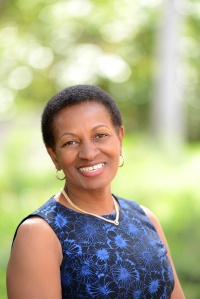 Dr. Deborah Deas is clearly not someone who opts for the quiet life. If she were, she would have stayed home in Adams Run, the tiny town in rural South Carolina where she was born.

“One of the quietest neighborhoods in America. When you are here, you will find it to be very quiet. If quiet and peaceful are your cup of tea, you may have found a great place for you.”

Dr. Deas obviously wasn’t a tea drinker because she packed her bags and went off to college in Charleston. That was the first step on a journey that led the self-described “farmer’s daughter” to become an MD, then an MPH (Masters in Public Health), before assuming a leadership role at the Medical University of South Carolina (MUSC). More recently she headed to California’s Inland Empire where she was named the Dean and CEO for Clinical Affairs of the UC Riverside School of Medicine.

And now we are delighted to add to that list of achievements by announcing she is the newest member of the CIRM Board.

She was appointed to the Board by state Treasurer John Chiang who praised her for her:

“Passion to improve  health for underserved populations and to diversify the health care work force. She is committed to making the benefits of advanced medicine available to all Californians.”

In a news release our CIRM Board Chair, Jonathan Thomas, was equally fulsome in his praise and welcome to Dr. Deas.

“We are delighted to have someone with Dr. Deas’ broad experience and expertise join us at CIRM. Her medical background and her commitment to diversity and inclusion are important qualities to bring to a Board that is striving to deliver stem cell treatments to patients, and to reflect the diversity of California.”

To say that she brings a broad array of skills and experience to the Board is something of an understatement. She is board certified in adult psychiatry, child and adolescent psychiatry and addiction psychiatry, and is widely regarded as a national leader in research into youth binge drinking, adolescent nicotine dependence, marijuana use and panic disorder, and pharmaceutical treatment of pediatric depressive disorder.

As if that wasn’t enough, she has also been named as one of the best doctors in the U.S. by U.S. News & World Report for the last eight years.

But the road to UC Riverside and CIRM hasn’t always been easy. In a first person perspective in Psychiatric News.

she said that at MUSC she was just one of two African Americans among the 500 residents in training:

“It was not uncommon for me to be mistaken by many for a social worker, a secretary, or a ward clerk despite wearing my white coat with Deborah Deas, M.D., written on it. This mistake was even made by some of my M.D. peers. I found that the best response was to ask, “And just why do you think I am a social worker?”

She says the lessons she learned from her parents and grandparents helped sustain her:

“They emphasized the importance of setting goals and keeping your eyes on the prize. Service was important, and the ways that one could serve were numerous. The notion that one should learn from others, as well as teach others, was as common as baked bread. My parents instilled in me that education is the key to a fruitful future and that it is something no one can take away from you.”

Her boss at UC Riverside, the Provost and Executive Vice Chancellor, Paul D’Anieri said Dr. Deas is a great addition to the CIRM Board:

“Deborah is a public servant at heart. Her own values and goals to help underserved patient populations align with the goals of CIRM to revolutionize medicine and bring new, innovative treatments to all patients who can benefit. I am confident that Dr. Deas’ service will have a lasting positive impact for CIRM and for the people of California.”

“The farmer’s daughter has come a long way. I have stood on the shoulders of many, pushing forward with an abiding faith that there was nothing that I could not accomplish.”

She has indeed come a long way. We look forward to being a part of the next stage of her journey, and to her joining CIRM and bringing that “abiding faith” to our work.