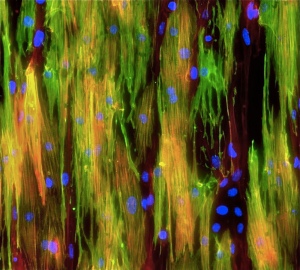 We are often told that sleep is one of the most important elements of a healthy lifestyle, that it helps in the healing and repair of our heart and blood vessels – among other things.

It turns out that sleep, or something very similar, is equally important for stem cells, helping them retain their power or potency, which is a measure of their effectiveness and efficiency in generating the mature adult cells that are needed to repair damage. Now researchers from Stanford, with a little help from CIRM, have found a way to help stem cells get the necessary rest before kicking in to action. This could pave the way for a whole new approach to treating a variety of genetic disorders such as muscular dystrophy.

One problem that has slowed down the development of stem cell therapies has been the inability to manipulate stem cells outside of the body, without reducing their potency. In the body these cells can remain quiescent or dormant for years until called in to action to repair an injury. That’s because they are found in a specialized environment or niche, one that has very particular physical, chemical and biological properties. However, once the stem cells are removed from that niche and placed in a dish in the lab they become active and start proliferating and changing into other kinds of cells.

You might think that’s good, because we want those stem cells to change and mature, but in this case we don’t, at least not yet. We want them to wait till we return them to the body to do their magic. Changing too soon means they have less power to do that.

Researchers at Stanford may have found a way to stop that happening, by creating an environment in the lab that more closely resembles that in the body, so the stem cells remain dormant longer.

As senior author, Thomas Rando, said in a Stanford news release, they have found a way to keep the stem cells dormant longer: 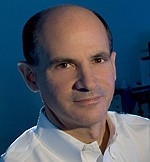 “Normally these stem cells like to cuddle right up against their native muscle fibers. When we disrupt that interaction, the cells are activated and begin to divide and become less stemlike. But now we’ve designed an artificial substrate that, to the cells, looks, smells and feels like a real muscle fiber. When we also bathe these fibers in the appropriate factors, we find that the stem cells maintain high-potency and regenerative capacity.”

When mouse muscle stem cells (MuSCs) are removed from the mouse they lose their potency after just two days. So the Stanford team set out to identify what elements in the mouse niche helped the cells remain dormant. They identified the molecular signature of the quiescent MuSCs and used that to help screen different compounds to see which ones could help keep those cells dormant, even after they were removed from the mouse and collected in a lab dish.

They whittled down the number of potential compounds involved in this process from 50 to 10, and then tested these in different combinations until they found a formulation that kept the stem cells quiescent for at least 2 days outside of the mouse.

But that was just the start. Next they experimented with different kinds of engineered muscle fibers, to simulate the physical environment inside the mouse niche. After testing various materials, they found that the one with the greatest elasticity was the most effective and used that to create a kind of scaffold for the stem cells.

The artificial niche they created clearly worked in helping keep the MuSCs in a dormant state outside of the mouse. But would they work when transplanted back into the mouse? To answer this question they tested these stem cells to see if they retained their ability to self-renew and to change into other kinds of cells in the mouse. The good news is they did, and were far more effective at both than MuSCs that had not been stored in the artificial niche.

So, great news for mice but what about people, would this same approach work with human muscle stem cells (hMuSCs)? They next tested this approach using hMuSCs and found that the hMuSCs cultured on the artificial niche were more effective at both self-renewal and retaining their potency than hMuSCs kept in more conventional conditions, at least in the lab.

In the study, published in the journal Nature Biotechnology, the researchers say this finding could help overcome some of the challenges that have slowed down the development of effective therapies:

“Research on MuSCs, hematopoietic stem cells and neural stem cells has shown that very small numbers of quiescent stem cells, even single cells, can replace vast amounts of tissue; culture systems that that maintain stem cell quiescence may allow these findings to be translated to clinical practice. In addition, the possibility of culturing hMuSCs for longer time periods without loss of potency in order to correct mutations associated with genetic disorders, such as muscular dystrophy, followed by transplantation of the corrected cells to replace the pathogenic tissue may enable improved stem cell therapeutics for muscle disorders.”