Exciting news was published this week that will give patients suffering from ALS, also known as Lou Gehrig’s disease, something to cheer about. The journal JAMA Neurology reported that a new stem cell treatment was successful in slowing disease progression in a small group of ALS patients in a Phase 2 clinical trial.

This is big news for a fatal, incurable disease that is well known for its progressive, degenerating effects on nerve cells in the brain and spinal cord. We’ve written about ALS a lot in the Stem Cellar, so if you want more background on the disease, read our “Progress to a Cure for ALS” blog.

A patient’s own stem cells can help

The stem cell therapy involves extracting mesenchymal stem cells from the bone marrow of ALS patients. These stem cells are then manipulated in culture into cells that secrete a growth factor called NeuroTrophic Factor (NTF), which helps keep nerve cells in the brain and spinal cord healthy and alive. The NTF-secreting stem cells (called NurOwn cells) are then transplanted back into the same ALS patient (making this an autologous stem cell therapy) by injection into either the spinal fluid or the muscles.

The NurOwn method was developed by BrainStorm Cell Therapeutics, a biotech company based in the US and Israel. Clinical trials to test the safety and efficacy of NurOwn stem cells began in 2011 at the Hadassah Medical Organization (HMO). So far, 26 patients have participated in the trials both in the US and in Israel.

According to the JAMA publication, patients were monitored 3 months before and 6 months after they received stem cell transplants and 6 months after. Twelve of the 26 patients participated in an early stage of the trial (phase 1/2) to test the safety and tolerability of the stem cell therapy. The other 14 patients participated in a later stage (phase 2a), dose-escalating study where their modified stem cells were injected into both their spinal fluid and muscles. Following the treatment, the scientists looked at the safety profile of the transplanted stem cells and for signs of clinical improvement in patients such as their ease of breathing or ability to control their muscle movement.

Stem cell treatment is effective in most ALS patients

Results from the clinical trial showed that a majority of the patients benefitted from the NurOwn stem cell therapy. HMO Principle scientist and senior author on the study, Dr. Dimitrios Karussis, explained: 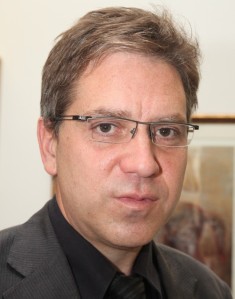 “The results are very encouraging.  Close to 90% of patients who were injected intrathecally through the spinal cord fluid were regarded as responders to the treatment either in terms of their respiratory function or their motor disability.  Almost all of the patients injected in this way showed less progression and some even improved in their respiratory functions or their motor functions.”

Not a cure just yet

This stem cell therapy will need to be tested in more patients before the it can be determined truly effective in slowing progression of ALS. And Dr. Karussis was quick to note that the NurOwn stem cell therapy isn’t a cure for ALS, but rather an early-stage therapy that will provide significant benefit to patients by slowing disease progression.

“I am optimistic that within the foreseeable future, we may provide a treatment to ALS patients that can slow down or stop the progression. I believe we are in the early stages of something new and revolutionary with this harvested stem cell infusion therapy.  While this is absolutely by no means a cure, it is the first step in a long process in that direction.  I see this treatment as being potentially one of the major future tools to treat degenerative diseases of the brain and spinal cord, in general.”

Other stem cell treatments for ALS in the works

A single stem cell therapy that could treat multiple neurodegenerative diseases would be extremely valuable to patients and doctors. However, it’s not clear that the “one ring to rule them all” scenario (couldn’t help making a Lord of the Rings reference) will play out well for all diseases that affect the brain and spinal cord. Luckily, Dr. Karussis and Brainstem Cell Therapeutics are not the only ones pursuing stem cell therapies for ALS. 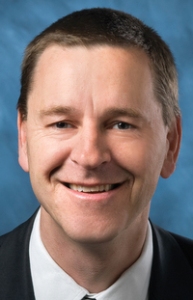 CIRM is currently funding 21 studies (a total of $56.6 million) that use stem cells to either study ALS or to develop therapies to treat the disease. We wrote about one recent study by Clive Svendsen at Cedars Sinai which is using a combination of gene therapy and brain stem cells to deliver growth factors to protect nerve cells in the brain and spinal cord of ALS patients. Currently, Svendsen and his team are in the latter stages of research and hope to apply for FDA approval to test their therapy in patients in the near future. Svendsen told CIRM, “we will begin recruiting patients the first week we have approval.”