Imagine how frustrating it would be to not know whether you could physically sit through a dinner with friends or to worry about getting stuck in the grocery isle, fighting against a body that refuses to move. These nightmare-like experiences are what many Parkinson’s disease (PD) patients deal with on a daily basis.

PD affects approximately one million people in the US, and there is no prevention or cure. While substantial funding efforts are being dedicated to PD research (CIRM, Michael J. Fox Foundation, Parkinson’s Disease Foundation, to name a few), a cure is still years or maybe even decades away.

However, a new stem cell therapy from Australia has the potential to make waves in what’s been a relatively flat sea of PD stem cell therapies that haven’t yet secured the funding or jumped the regulatory hurdles to make it into clinical trials. Biotech journalist Bradley Fikes broke the story yesterday in the San Diego Union Tribune. Fikes is one of my favorite science writers so instead of attempting to re-write an already eloquent piece, I’ll just mention a few highlights.

Stem cells down under

International Stem Cell Corporation (ISCO), a company based in Carlsbad, California, has developed a stem cell therapy that involves transplanting brain stem cells into the brains of PD patients. While stem cell therapy is viewed by some as the holy grail for PD – having the potential to replace lost dopamine-producing nerve cells in the brain – so far, no stem cell-derived therapy has been approved for testing in PD patients. (Previous clinical trials using fetal stem cells didn’t pan out.)

The Australian government approved the use of ISCO’s parthenogenic stem cell therapy in twelve PD patients in a clinical trial that is slated to start in the first quarter of 2016 (pending final approval from the Royal Melbourne Hospital review board). This therapy uses brain stem cells derived from pluripotent stem cells obtained from unfertilized human eggs, thus avoiding the ethical issues attached to use of embryonic stem cells. (For sciency details check out the ISCO website).

The goal of the trial will be to determine if ISCO’s stem cell therapy is safe and also effective at reducing PD symptoms like tremors and stunted movement. Fikes explained that ISCO chose Australia for it’s proposed clinical trial for regulatory reasons.

A comparison of primate brains to show an increase in the number of neurons after treatment with ISCO’s stem cells. The left side is a control sample. The right side is from a treated brain. — International Stem Cell Corp.

ISCO’s is only one of a handful of groups proposing stem cell therapies for PD. Fikes mentioned other therapies currently being tested that are derived from embryonic stem cells, induced pluripotent stem cells (iPSCs), and adult stem cells like the mesenchymal and fat stem cells. 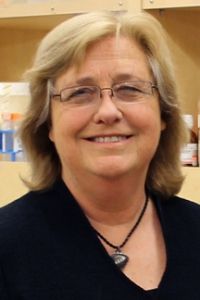 He also highlighted important ongoing research by CIRM grantee Dr. Jeanne Loring from the Scripps Research Institute. Loring founded the Summit for Stem Cell organization that’s generating iPSCs from PD patients with hopes of treating these patients with a dose of their own brain stem cells.

When asked about the ISCO study, she told Fikes that she sees ISCO as a “partner in fighting Parkinson’s.”

“The whole idea is to treat patients by whatever means possible.” – Loring

2 thoughts on “A step forward for Parkinson’s disease?”