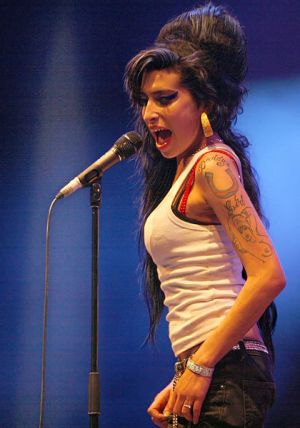 The tragic path of biopolar disorder
Ernest Hemingway, Kurt Cobain, Amy Winehouse and Virginia Woolf – the world lost their creativity too soon. Each took their own life or succumbed to substance abuse, most likely due to their struggles with bipolar disorder. Also called manic depression, bipolar disorder is one of the most severe types of mental illness. It’s characterized by episodes of extreme manic behavior preceded or followed by bouts of devastating depression. Bipolar disorder is thought to affect 3-5% of the world’s population and, if left untreated, has a 15% risk of death by suicide.

Lithium is the most effective treatment for long term management of the disorder though the drug’s mechanism of action isn’t well understood. Sadly, many people who are bipolar don’t respond to lithium and instead must wade through a complex mix of drugs that attempts to tackle the varied symptoms.

Imaging studies suggest unique changes in the bipolar brain and studies of twins show a genetic component but scientists are far from unraveling the direct causes of bipolar disorder. Now, exciting research at the Salk Institute reported in Nature provides a powerful new tool for not only understanding the disease at a cellular level but also finding new drug treatments.

“The cells of these patients really are different”
Using induced pluripotent stem cell (iPSC) technology, the Salk team successfully grew nerve cells, or neurons, in the lab from skin samples of six people with bipolar disorder as well as from healthy individuals. When compared to the healthy neurons, the researchers saw a higher sensitivity of the bipolar neuron to stimuli. Jerome Mertens, a postdoctoral fellow and the lead author of the study, explained the result further in a Salk Institute press release:

“Neurons are normally activated by a stimuli and respond. The cells we have from all six patients are much more sensitive in that you don’t need to activate them very strongly to see a response.”

And Salk professor Rusty Gage, a CIRM grantee and the senior scientist of the study, points out that these cells represent a game-changer for the study of bipolar disorder:

“Researchers hadn’t all agreed that there was a cellular cause to bipolar disorder. So our study is important validation that the cells of these patients really are different.”

Lithium response in lab dish = lithium response in patients
And now comes the really exciting part. The team next studied the effects of lithium on these six bipolar patients’ cells. Three of the patients were responders to lithium treatment while the other three were not helped by the drug. When grown in lithium, the cells from the lithium responders became less sensitive, you might even say less “manic”, to stimuli while the cells from the lithium non-responders remained hyperactive.

Salk scientists discover cellular differences between brain cells from bipolar patients that respond to lithium and those that don’t. Neurons (white/red) from a subset of bipolar patients show changes in their electrical activity in response to lithium.Credit: Salk Institute

So the response of these “disease in a dish” cells to lithium corresponds perfectly with the lithium response in the patients. This result will undoubtedly propel the use of these iPSC-derived neurons to examine the causes of the diseases at a cellular and molecular level. Not only that but the cells should become a key resource for testing lithium alternatives that may help the portion of the bipolar population that doesn’t response to lithium.

In order words, this use of iPSC technology begins a new chapter in the effort to free sufferers from the life-long grip of bipolar disorder.

CIRM’s got skin in the game too
The incredible power of iPSCs to examine human disease like never before is not lost on the CIRM team. That’s why we’re so excited that our iPSC bank is now open for business. It’s a major effort by the agency to create a public stem cell bank developed from thousands of individuals. These cells will be available to scientists worldwide to better understand and to develop therapies for diseases of heart, lung and liver as well as neurodegenerative and childhood neurological disorders.

2 thoughts on “Bipolar Disorder-in-a-Dish: Game On for Finding New Drugs”