Last week saw a flurry of really encouraging reports from projects that CIRM has supported. We blogged about two of them last Wednesday, but here’s another two programs showing promising results.

UC San Diego researcher Dr. Stephanie Cherqui is running a CIRM-funded clinical trial for cystinosis. This is a condition where patients lack the ability to clear an amino acid called cystine from their cells. As the cystine builds up it can lead to multi-organ failure affecting the kidneys, eyes, thyroid, muscle, and pancreas.

Dr. Cherqui uses the patient’s own blood stem cells, that have been genetically corrected in the lab to remove the defective gene that causes the problem. It’s hoped these new cells will help reduce the cystine buildup.

The data presented at the annual meeting of the American Society of Cell and Gene Therapy (ASCGT) focused on the first patient treated with this approach. Six months after being treated the patient is showing positive trends in kidney function. His glomerular filtration rate (a measure of how well the kidneys are working) has risen from 38 (considered a sign of moderate to severe loss of kidney function) to 52 (mild loss of kidney function). In addition, he has not had to take the medication he previously needed to control the disorder, nor has he experienced any serious side effects from the therapy.

Capricor Therapeutics also had some positive news about its therapy for people with Duchenne’s Muscular Dystrophy (DMD). This is a progressive genetic disorder that slowly destroys the muscles. It affects mostly boys. By their teens many are unable to walk, and most die of heart or lung failure in their 20’s.

In a news release Capricor said 12-month data from the trial showed improvements in heart function, lung function and upper body strength. In contrast, a placebo control group that didn’t get the CAP-1002 treatment saw their condition deteriorate.

Craig McDonald, M.D., the lead investigator on the study, says these results are really encouraging.  “I am incredibly pleased with the outcome of the HOPE-2 trial which demonstrated clinically relevant benefits of CAP-1002 which resulted in measurable improvements in upper limb, cardiac and respiratory function. This is the first clinical trial which shows benefit to patients in advanced stages of DMD for which treatment options are limited.”

You can read the story of Caleb Sizemore, one of the patients treated in the CIRM-funded portion of this trial.

For people battling Duchenne Muscular Dystrophy (DMD), a rare and fatal genetic disorder that slowly destroys muscles, hope has often been in short supply. There is no cure and treatments are limited. But now a new clinical trial at the site of one of the newest CIRM Alpha Stem Cell Clinic Network members could change that.

The HOPE-2 clinical trial has treated its first patient at UC Davis Medical Center, inaugurating the institution’s Alpha Stem Cell Clinic. The clinic is part of a CIRM-created network of top California medical centers that specialize in delivering stem cell clinical trials to patients. The key to the Network’s success is the ability to accelerate the delivery of treatments to patients through partnerships with patients, medical providers and clinical trial sponsors.

UC Davis is one of five medical centers that now make up the network (the others are UC San Francisco, UCLA/UC Irvine, UC San Diego and City of Hope). 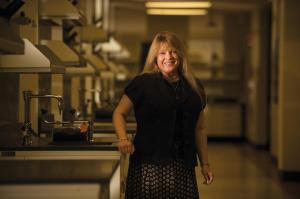 In a news release, Jan Nolta, the director of the UC Davis Institute for Regenerative Cures, says the UC Davis Alpha Clinic is well equipped to move promising therapies out of the lab and into clinical trials and people.

“We have the full range of resource experts in regenerative medicine, from the cellular to the clinical trials level. We’re also excited about the prospect of being able to link with other Alpha Stem Cell Clinics around the state to help speed the process of testing and refining treatments so we can get therapies to patients in need.”

The news of this first patient is a cause for double celebration at CIRM. The trial is run by Capricor and CIRM funded the first phase of this work. You can read the story of Caleb Sizemore, who took part in that trial or watch this video of him talking about his fight.

When the CIRM Board approved funding for the UC Davis Alpha Clinic in October of 2017, Abla Creasey, CIRM’s Vice President for Therapeutics and Strategic Infrastructure, said:

“The Alpha Clinics are a one-of-a-kind network that gives patients access to the highest quality stem cell trials for a breadth of diseases including cancer, diabetes, heart disease and spinal cord injury. Expanding our network will allow more patients to participate in stem cell trials and will advance the development of stem cell treatments that could help or possibly cure patients.”

The DMD trial is the first of what we are confident will be many high-quality trials at the Clinic, bringing promising stem cell therapies to patients with unmet medical needs. 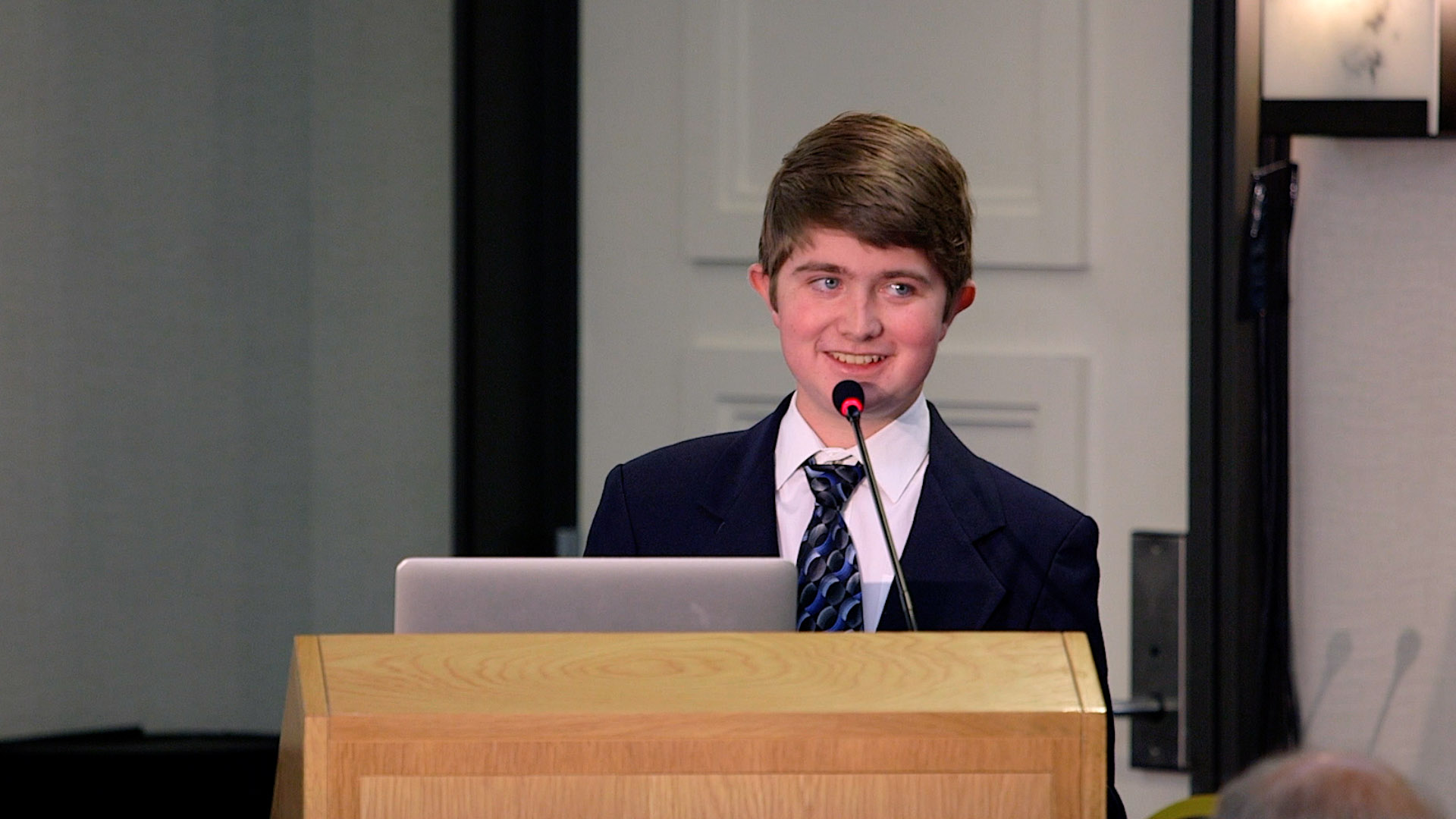 Caleb Sizemore, a young man with DMD, speaks to the CIRM Board about his treatment in the Capricor clinical trial.

It’s hard to imagine how missing just one tiny protein can have such a devastating impact on a person. But with Duchenne Muscular Dystrophy (DMD) the lack of a single protein called dystrophin has deadly consequences. Now a new study is offering hope we may be able to help people with this rare genetic disorder.

DMD is a muscle wasting condition that steadily destroys the muscles in the arms and legs, heart and respiratory system. It affects mostly boys and it starts early in life, sometimes as young as 3 years old, and never lets up. By early teens many boys are unable to walk and are in a wheelchair. Their heart and breathing are also affected. In the past most people with DMD didn’t survive their teens. Now it’s more common for them to live into their 20’s and 30’s, but not much beyond that.

Results from a clinical trial being run by Capricor Therapeutics – and funded by CIRM – suggest we may be able to halt, and even reverse, some of the impacts of DMD.

Capricor has developed a therapy called CAP-1002 using cells derived from heart stem cells, called cardiospheres. Boys and young men with DMD who were treated with CAP-1002 experienced what Capricor calls “significant and sustained improvements in cardiac structure and function, as well as skeletal muscle function.”

In a news release Dr. Ronald Victor, a researcher at Cedars-Sinai Heart Institute and the lead investigator for the trial, said they followed these patients for 12 months after treatment and the results are encouraging:

“Because Duchenne muscular dystrophy is a devastating, muscle-wasting disease that causes physical debilitation and eventually heart failure, the improvements in heart and skeletal muscle in those treated with a single dose of CAP-1002 are very promising and show that a subsequent trial is warranted. These early results provide hope for the Duchenne community, which is in urgent need of a major therapeutic breakthrough.”

According to the 12-month results:

Now, these results are still very early stage and there’s a danger in reading too much into them. However, the fact that they are sustained over one year is a promising sign. Also, none of the treated patients experienced any serious side effects from the therapy.

The team at Capricor now plans to go back to the US Food and Drug Administration (FDA) to get clearance to launch an even larger study in 2018.

For a condition like DMD, that has no cure and where treatments can simply slow down the progression of the disorder, this is a hopeful start.

Caleb Sizemore is one of the people treated in this trial. You can read his story and listen to him describing the impact of the treatment on his life. 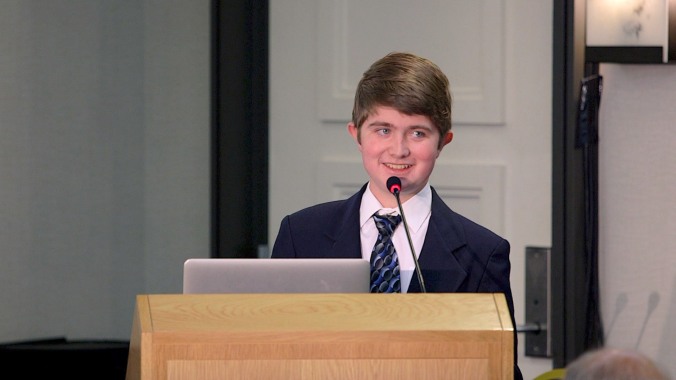 Caleb Sizemore speaks to the CIRM Board at the June 2017 ICOC meeting.

Having been to many conferences and meetings over the years I have found there is a really simple way to gauge if someone is a good speaker, if they have the attention of people in the room. You just look around and see how many people are on their phones or laptops, checking their email or the latest sports scores.

By that standard Caleb Sizemore is a spellbinding speaker.

Last month Caleb spoke to the CIRM Board about his experiences in a CIRM-funded clinical trial for Duchenne Muscular Dystrophy. As he talked no one in the room was on their phone. Laptops were closed. All eyes and ears were on him.

To say his talk was both deeply moving and inspiring is an understatement. I could go into more detail but it’s so much more powerful to hear it from  Caleb himself. His words are a reminder to everyone at CIRM why we do this work, and why we have to continue to do all that we can to live up to our mission statement and accelerate stem cell treatments to patients with unmet medical needs.