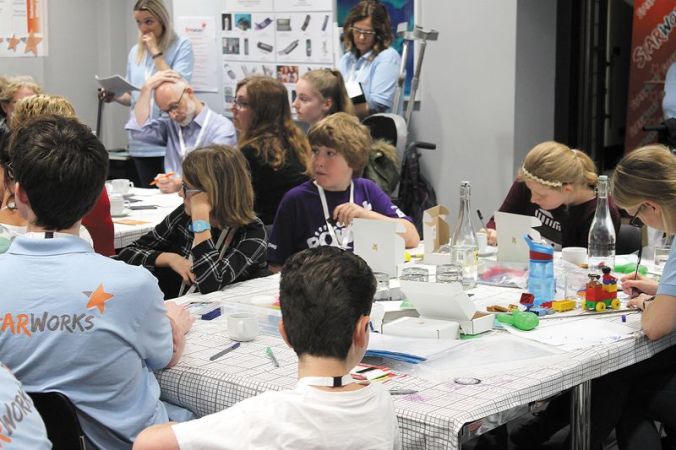 Along with the fact that CIRM has pioneered the way for cutting edge science, we are also global innovators in empowering patient advocates to fully partner in biomedical research funding through a healthcare practice called “Coproduction” that is also being applied to biomedical research processes.

For those of you who are unfamiliar with the terminology, “coproduction” in healthcare in the US has also been called “patient-centered” care or “patient-centered medical home.”  As it is being applied to biomedical research, it is an approach in which researchers, practitioners and the public work together, sharing power and responsibility from the start to the end of the project, including the generation of knowledge. The global movement towards co-production gives patients and patient advocates formal roles as full partners so that research brings about outcomes that improve patients’ health more effectively and efficiently.  Both in healthcare and biomedical research, chronic and life threatening diseases and conditions offer the greatest need and produce the greatest benefits from robust coproduction.

Just last week one of our Board members, Jeff Sheehy, wrote a commentary which appeared in Nature, about coproduction. We spoke to him for a Q&A profile on the piece to give us his thoughts on this emerging trend.

Jeff Sheehy is a former San Francisco City and County Supervisor and a long-time HIV/AIDS activist and pioneer for LGBT equality who has dedicated his life to public and community service. He has served on CIRM’s Board since its inception in 2004.

AS: I know CIRM is unique, but what is one of the things that you see that CIRM does  or has done that’s unlike any other agency.

JS: One of the amazing things about the structure of CIRM is the way in which Proposition 71 actually gives formal power to patient advocates. CIRM is unique because patient advocate members of the Board are full participants in the Grants Working Group, CIRM’s peer review body, including writing reviews for late stage projects. That is one example, but when you look at CIRM, at every level patient advocates are critical to the functioning of the agency.  Advocates exert leadership in reviewing applications and approving funding them, participating in Clinical Advisory Panels to advise and monitor late stage projects, setting budgets, creating strategy, determining policies and selecting leadership of the institution. I believe this is unique – that CIRM treats patient advocates as full partners in the agency’s processes and ensures that participation with formal, statutory power.

AS: What’s one piece of advice that you would pass along to a patient advocate, or those who haven’t yet realized how much power they have to push things forward for certain disease indications?

JS: I would suggest that patient advocacy is beneficial in a number of ways. One is from a purely personal point of view. When one or one’s loved one is diagnosed with a chronic or life-threatening disease or condition, it is terrifying and the sense that one’s future is outside of one’s control is overwhelming.  For instance, when I was diagnosed with HIV in early 1997, even though life-saving combination therapy was just coming onto the scene, I did not have health insurance, did not know how to access care, and was not even completely sold on the efficacy of the new therapy.  I felt that I, like everyone diagnosed with HIV up to that point, had been given a death sentence. Joining my brothers and sisters in ACT-UP not only helped me understand and learn about HIV and the new therapy along with how to access care and the medications, but it also empowered and emboldened me to fight back not only for myself but for everyone impacted by HIV/AIDS. So, I took that first step of becoming an advocate for myself and my community.  Taking action, actively fighting for yourself, your loved ones, your community, learning about your disease and how to combat it—I think this has a psychological and I would argue even a physical benefit because you’re no longer passively accepting the cards you or your loved ones have been dealt.  In HIV, one of the most heavily stigmatized diseases, owning your diagnosis, working with others who have HIV, partnering with one’s caregivers, obliterates psychological barriers imposed by stigma and helps one achieve the self efficacy and resiliency necessary to survive and thrive.

Another way that patient advocates can bring great value to the struggle against chronic and life threatening diseases and conditions is to actively engage in the research process, to become a partner in the search for therapies and cures.  Multiple paths are available.  One can participate in a clinical trial, though it is extremely important to be aware of the risks and to recognize that the benefits of the research are unlikely to be realized by you.  In the first trial of a therapy for HIV in the early 1980s, every participant died, yet almost 15 years later we had developed combination therapy that, as an example of a “Lazarus effect,” literally brought AIDS patients out of their deathbeds. Research/medicine is able to make huge leaps forward due to the altruism of motivated trial participants.

Additionally, you can advocate for funding for research, which should also be linked to advocacy for policy changes that ensure access for everyone to new therapies and cures.  Proposition 71 was led by patient advocates, and CIRM, in its intellectual property policies, mandates access to newly discovered therapies and cures.  Also, if you look at the way CIRM operates, patient advocates take partnering to another level by active and equal participation in the functions of the agency.  Patient advocates not only need to be available to take part, but also we must strongly press the model of coproduction across the board so that other research entities recognize the immense value and benefit of engaging and creating partnerships with patients and patient advocates.