By blocking cell division, chemotherapy drugs take advantage of the fact that cancer cells multiply rapidly in the body. Though this treatment can extend and even save the lives of cancer patients, it’s somewhat like destroying an ant hill with an atomic bomb: there’s a lot of collateral damage. The treatment is infused through the blood so healthy cells that also divide frequently – like those in hair follicles, the intestines and bone marrow – succumb to the chemotherapy. To add insult to injury, cancers often become resistant to these drugs and metastasize, or invade, other parts of the body. Sadly, this spreading of a cancer is responsible for 90% of cancer deaths. 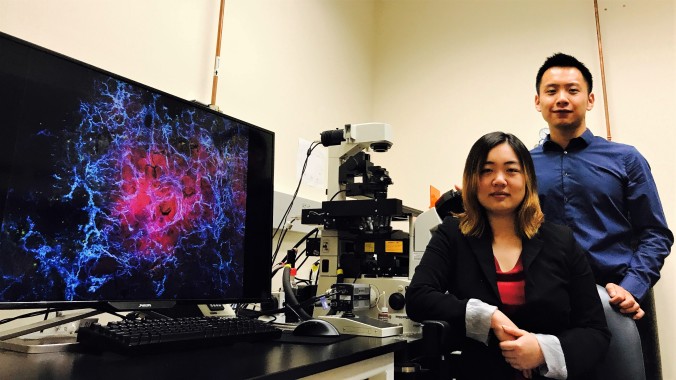 Developing more specific, effective anti-cancer therapies is the focus of many research institutes and companies. While some new strategies target cell surface proteins that are unique to cancer cells, a UC Irvine (UCI) team has devised a stem cell-based technique that can seek out and destroy breast cancer cells that have metastasized in the lungs of mice by sensing the stiffness of the surrounding tissue. The CIRM-funded study was published this week in Science Translational Medicine.

While cells make up the tissues and organs of our bodies, they also secrete proteins and molecules that form a scaffold between cells called the extracellular matrix. This cell scaffolding is not just structural, it also plays a key role in regulating cell growth and other functions. And previous studies have shown that at sites of tumors, accumulation of collagen and other proteins in the matrix increases tissue stiffness and promotes metastasis.

Based on this knowledge, the UCI team aimed to create a cell system that would release chemotherapy drugs in response to increased stiffness. It turns out that mesenchymal stem cells – which give rise to bone, muscle, cartilage and fat – not only migrate to tumors in the body but also activate particular genes in response to the stiffness of their local cellular environment.  The researchers engineered mesenchymal stem cells to carry a gene that codes for a protein involved in the activation of a chemotherapy drug which is given by mouth. They also designed the gene to turn on only when it encounters stiff, cancerous tissue. They called the method a mechanoresponsive cell system (MRCS).

To test the MRCS, mice were infused with human breast cancer cells, which metastasized or spread to the lung. The MRCS-engineered mesenchymal stem cells were infused through the blood and homed to the lungs where they activated the chemotherapy drug which caused localized killing of the tumor cells with minimal damage to lung tissue. When the MRSC stem cells were given to mice without tumors, no increase in tissue damage was seen, proving that the MRSC-induced chemotherapy drug is only activated in the presence of cancerous tissue and has few side effects.

In a press release, team leader Weian Zhao, explained that these promising results could have wide application: 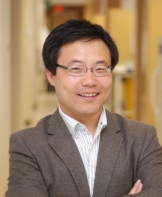 “This published work is focused on breast cancer metastases in the lungs. However, the technology will be applicable to other metastases as well, because many solid tumors have the hallmark of being stiffer than normal tissue. This is why our system is innovative and powerful, as we don’t have to spend the time to identify and develop a new genetic or protein marker for every kind of cancer.”

The team envisions even more applications. The MRCS could be engineered to carry genes that would enable detection with imaging technologies like PET scans. In this scenario, the MRCS could act as a highly sensitive detection system for finding areas of very early metastases when current techniques would miss them. They could also design the MRCS to activate genes that code for proteins that can break down and soften the stiff cancerous tissues which may inhibit the ability for a tumor to spread.