We think CIRM-funded clinical trials hold so much promise that it doesn’t surprise us when major news organizations publish stories about these projects that aim to provide stem cell treatments to patients with unmet medical needs. But we certainly don’t mind the attention!

This past Saturday, for example, the Wall Street Journal featured two CIRM-funded clinical trials, run by ViaCyte and Caladrius, in an article covering cutting-edge research approaches to tackling type 1 diabetes. Also mentioned was Semma Therapeutics, who have a CIRM-funded pre-clinical diabetes research grant. 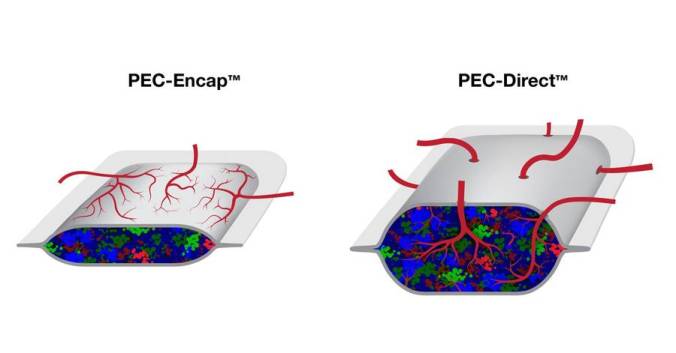 People with type 1 diabetes lack insulin, a hormone that’s critical for transporting blood sugar, digested from the food we eat, into our energy-hungry organs and tissues. They lack insulin because the insulin-producing beta cells in the pancreas have been attacked and killed off by the body’s own immune system. Without insulin, blood sugar levels go through the roof and over time that build up can cause vision loss, kidney disease, nerve damage, heart disease and the list goes on.

Families unaffected by type 1 diabetes often mistake insulin injections as a cure for diabetes. But they’re not. Julia Greenstein, vice president of discovery research for the JDRF, states injected insulin’s limitation very concisely but clearly in the WSJ article:

“It is [in] no way an easy life trying to manage blood glucose.”

Her statement echoes the thoughts of Chris Stiehl who we interviewed for a video a few years ago:

“It’s a 24-hour a day job, 7 days a week you never get a day off. I would give anything for a day off. Just to not have to think about it. Besides all the things you have to do for your work and your family and everything, you have to be constantly thinking: “What’s my blood sugar? What have I eaten? Have I exercised too much or too little? How much insulin should I take based on the exercise I just did? Gee by the way is my insulin pump running out of insulin?

The WSJ article points out that a pancreas or beta cell transplant, received from a deceased donor, is currently the best option for long-term treatment of type 1 diabetes. But there are big drawbacks and limitations to this approach: the pancreas transplant requires major surgery, both require life-long immunosuppressing drugs that can cause serious infection and cancer and donor organs and cells are hard to come by.

That’s where regenerative medicine technology comes into the picture. The article goes on to highlight ViaCyte’s therapeutic product, PEC-EncapTM which is composed of embryonic stem cell-derived insulin-producing beta cells that are encased by a capsule that is transplanted under the skin. The capsule has pores that allow blood glucose and insulin to flow freely but protects the cell product from destruction from the body’s immune cells.

Because the cell product stems from, er, stem cells, there’s the potential of a limitless supply that doesn’t rely on cadavers.

Dr. Gordon Weir, a Harvard Medical School professor and diabetes researcher at the Joslin Diabetes Center in Boston, spoke about the excitement of such a device along with a reality check:

“Everyone’s waiting for the next generation of beta-cell replacement that hopefully will change the whole way in which we treat diabetes. In spite of the excitement and extraordinary things that have happened in the last 10 years, there are still a lot of challenges.”

Indeed, since beginning the clinical trial in 2014, ViaCyte has encountered some speed bumps. They had hoped that blood vessels growing around but not into the device would facilitate the transfer of blood sugar into the device where the beta cells would sense the level of sugar and release the appropriate amount of insulin. But it turns out that some cells of the immune system cells mucked up the blood vessel network. The company is working on improvements to the device to get the clinical trial back on track in the next 24 months. To jump start that effort they recently secured a partnership with the makers of Gore-Tex fabrics who also specialize in medical implantable devices.

That collaboration is also motivating a next generation device called PEC-DirectTM which contains larger pores that would allow direct interaction between the body’s blood vessels and the beta cells inside the device. Because of the larger openings, immune cells could infiltrate the device and so immunosuppressive drugs would be needed in this case. But for patients with severe type 1 diabetes, this approach would be a more available treatment source compared to cadaver cells or organs.

The WSJ article also discusses the CIRM-funded Caladrius clinical trial that takes quite a different approach to treating type 1 diabetes. The company is trying to disarm the T cells that attack the body’s own pancreatic beta cells. Because diabetics don’t lose all their beta cells at once, this approach could help maintain the insulin-producing cells that are still intact. The company’s strategy is to reprogram these attacking T-cells to convert them into so-called regulatory T-cells that act as a natural inhibitor of the immune response.

While each company works diligently on their own approach, eager patients are routing for both. Dara Melnick, of Woodbury, N.Y., who was diagnosed with type 1 diabetes at 8 years old and is now 36, summed up the patient’s perspective perfectly in the article:

“A cure would be the sweetest thing I could ever taste.”