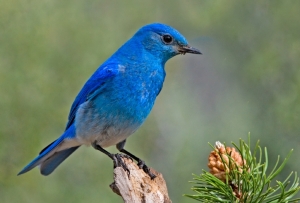 Bluebird Bio, one of the oldest companies in the struggling gene therapy field, is having an outstanding first day in the stock market today, and largely by marrying its gene therapy technology with stem cell science. The company’s financial milestone brings hope and excitement to both fields.

The company went through its initial public offering (IPO) yesterday at a higher price and selling more shares than even the firm had predicted a month ago. They expected to sell at between $14 and $16 a share and sell five million shares. They went out the gate yesterday at $17 and sold almost a million shares more than originally planned. This morning, the first day of trading, the share price quickly increased by 50 percent and stayed steady to finish the day at a shade under $27.

Bluebird started out as Genetix Pharmaceuticals nearly two decades ago. It struggled, as the whole field did, with creating procedures for modifying genes in patients in ways that could be proven safe. Europe approved one gene therapy this year and the US has yet to approve any. Although presentations at the recent international stem cell meeting in Boston showed that at least ten early stage gene therapy interventions were showing promise.

Many of the early safety issues with the technology came along with the fact that the research teams were trying to correct a faulty gene in the patient. Bluebird’s technology takes the gene correction out of the patient and into the lab. They take a patient with a disease caused by a single gene mutation, harvest their bone marrow stem cells, correct the gene, expand the number of stem cells in the lab, and then give them back to the patient.

CIRM funds eight teams using a similar strategy in six different diseases. These teams include Bluebird’s group that plans to begin a clinical trial in California this year in patients with the blood disorder Beta Thalassemia. You can read about that project here.

Bluebird already has clinical trials running in France for thalassemia and sickle cell disease. It also hopes to start a second trial in this country this year, that one for a rare but devastating childhood brain disorder that goes by the acronym CCALD.

As with any IPO, the real measure of investor confidence in the company and the field will be told by the long-term track record of the stock. But the performance for the past two days certainly should bring up some comparisons to the proverbial “bluebird of happiness.”

Xconomy wrote about the history of the company and the events of today and yesterday, here.