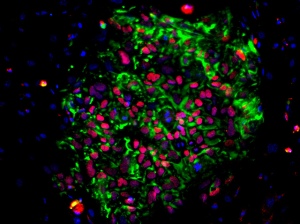 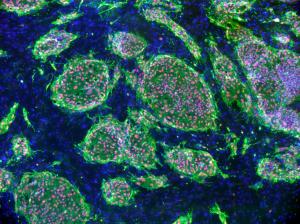 For years it has been the stem cell equivalent of the feud between the Hatfields and McCoys. The dispute centered on the question of which is better for advancing scientific research and developing new therapies, embryonic stem (ES) cells or induced pluripotent stem (iPS) cells?

The somewhat surprising answer may be that they are both pretty much the same, at least according to a new study in the journal Nature Biotechnology.

For years many researchers felt that ES cells were better because they knew more about them and had a deeper understanding of how they worked. However, because ES cells are derived from human embryos they also carry ethical baggage for some people.

In contrast iPS cells are made from skin cells, or other adult cells, that have been reprogrammed to behave in an embryonic-like way and, like an ES cell, have the ability to turn into any other kind of cell in the body. However, some earlier studies had raised questions about iPS cells, after genetic variations were found in some batches, suggesting that the very act of creating the cells was causing potentially dangerous mutations.

This new study seems to calm those fears, confirming that these variations are due to differences that existed in the original skin cells that the iPS cells were made from, and did not arise during the reprogramming process.

The researchers, led by Konrad Hochedlinger of Massachusetts General Hospital in Boston, took two lines of ES cells and allowed them to mature into adult cells before reprogramming them into iPS cells. They were then able to analyze the iPS cells and measure gene activity in them to see how alike or different they were compared to the original ES cells.

They found that even though they were made from ES cells the iPS cells differed in some of their gene activity from their “parents”. However, when they examined if these variations changed the cells’ abilities to function they found no differences.

Equally important was the finding that ES and iPS cells were both equally good at being able to change into a variety of nervous system cells.

“The two cell types appear functionally indistinguishable based on the assays we used,” Hochedlinger said.

The magazine Science quotes two CIRM-funded scientists, neither of who were involved in the study, weighing in on its findings. Joseph Wu of Stanford said:

“I think it was a very well done study, and it will ease some of the concerns about ES cells versus iPS cells.”

William Lowry of the University of California, Los Angeles agreed:

“It’s probably going to be a lot easier to go forward with iPS cells because of studies like this.”

Science being science it is unlikely this one study will completely end the debate, and there are still many researchers who will prefer to use ES cells for their work because they are much more familiar with them. Nonetheless this may at least take some of the heat out of the debate and create an easier path for approval from the Food and Drug Administration (FDA) for researchers who hope to use iPS cell-based treatments in people.