Telomeres and stem cell stability: too much of a good thing

Just like those plastic tips at the end of shoelaces (fun fact: they’re called aglets), telomeres form a protective cap on the end of chromosomes. Because of the way DNA replication works, the telomeres shorten each time a cell divides. Trim away enough of the telomere over time and, like a frayed shoelace, the chromosomes become unstable and an easy target for damage which eventually leads to cell death.

Stem cells are unique in that they contain an enzyme called telomerase that lengthens telomeres. Telomerase activity and telomere lengthening are critical for a stem cell’s ability to maintain virtually limitless cell divisions. So you’d assume the longer the telomere, the more stable the cell. But Salk Institute scientists reported this week that too much telomere can be just as bad, if not worse, than too little.

The CIRM-funded work, which was published in Nature Structural & Molecular Biology, used genetic engineering to artificially vary telomerase activity in human embryonic stem cells. Cells with low telomerase activity had shorter telomeres and died. This result wasn’t a surprise since the short telomeres-cell death observation has been well documented. Based on those results, the team was expecting cells with boosted telomerase activity and, in turn, extended telomeres would be especially stable. But that’s not what happened as senior author Jan Karlseder mentioned in a Salk press release:

“We were surprised to find that forcing cells to generate really long telomeres caused telomeric fragility, which can lead to initiation of cancer. These experiments question the generally accepted notion that artificially increasing telomeres could lengthen life or improve the health of an organism.”

The researchers also examined induced pluripotent stem (iPS) cells in the study and found that the cells contain “footprints” of telomere trimming. So the team is in a position to study how a cell’s telomere history relates to how well it can be reprogrammed into iPS cells. First author Teresa Rivera pointed out the big picture significance of this finding:

“Stem cell reprogramming is a major scientific breakthrough, but the methods are still being perfected. Understanding how telomere length is regulated is an important step toward realizing the promise of stem cell therapies and regenerative medicine.” 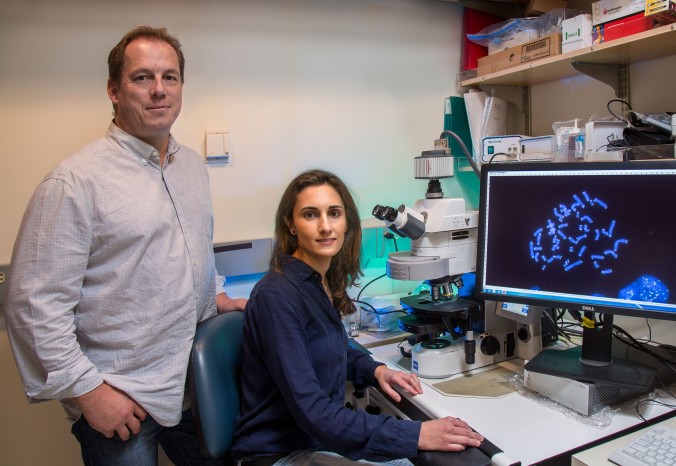 To convert one cell type into another, stem cell researchers rely on educated guesses and a lot of trial and error. In fact, that’s how Shinya Yamanaka identified the four Yamanaka Factors which, when inserted into a skin cell, reprogram it into the embryonic stem cell-like state of an iPS cell. That ground-breaking discovery ten years ago has opened the way for researchers worldwide to specialize iPS cells into all sorts of cell types from nerve cells to liver cells. While some cell types are easy to generate this way, others are much more difficult.

Reporting this week in PNAS, a University of Wisconsin–Madison research team has developed a nifty systematic, high-throughput method for identifying the factors necessary to convert a cell from one type to another. Their strategy promises to free researchers from the costly and time consuming trial and error approach still in use today.

The centerpiece of their method is artificial transcription factors (ATFs). Now, natural transcription factors – Yamanaka’s Factors are examples – are proteins that bind DNA and activate or silence genes. Their impact on gene activity, in turn, can have a cascading effects on other genes and proteins ultimately causing, say a stem cell, to start making muscle proteins and turn into a muscle cell.

As a proof of principle, the researchers tried reproducing Yamanaka’s original, groundbreaking iPS cell experiment. They inserted the ATFs into skin cells that already had 3 of the 4 Yamanaka factors, they left out Oct4. They successfully generated iPS with this approach and then went back and studied the makeup of the ATFs that had caused cells to reprogram into iPS cells. Senior author Aseem Ansari gave a great analogy in a university press release:

“Imagine you have millions of keys and only a unique key or combination of keys can turn a motor on. We test all those keys in parallel and when we see the motor fire up, we go back to see exactly which key switched it on.” 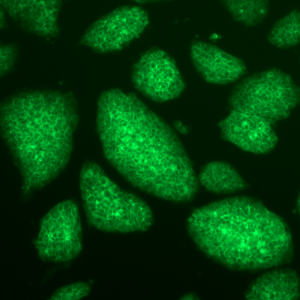 The analysis showed that these ATFs had stimulated gene activity cascades which didn’t directly involve Oct4 but yet ultimately activated it. This finding is important because it suggests that future cell conversion experiments could uncover some not so obvious cell fate pathways. Ansari explains this point further:

“It’s a way to induce cell fate conversions without having to know what genes might be important because we are able to test so many by using an unbiased library of molecules that can search nearly every corner of the genome.”

This sort of brute force method to accelerate research discoveries is music to our ears at CIRM because it ultimately could lead to therapies faster.

When researchers don’t understand what causes a particular disease, a typical strategy is to compare gene activity in diseased vs healthy cells and identify important differences. Those differences may lead to potential paths to developing a therapy. That’s the approach a collaborative team from Cincinnati Children’s Hospital and Cedars-Sinai Medical took to tackle idiopathic pulmonary fibrosis (IPF).

IPF is a chronic lung disease which causes scarring, or fibrosis, in the air sacs of the lung. This is the spot where oxygen is taken up by tiny blood vessels that surround the air sacs. With fibrosis, the air sacs stiffen and thicken and as a result less oxygen gets diffused into the blood and starves the body of oxygen.  IPF can lead to death within 2 to 5 years after diagnosis. Unfortunately, no cures exist and the cause is unknown, or idiopathic. 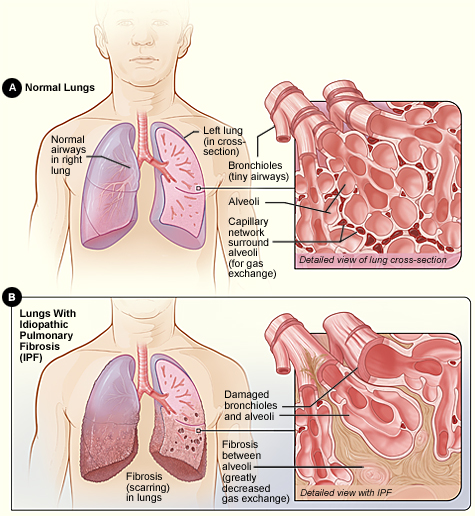 The transfer of oxygen from air sacs to blood vessels is an intricate one with many cell types involved. So pinpointing what goes wrong in IPF at a cellular and molecular level has proved difficult. In the current study, the scientists, for the first time, collected gene sequencing data from single cells from healthy and diseased lungs. This way, a precise cell by cell analysis of gene activity was possible.

One set of gene activity patterns found in healthy sample were connected to proper formation of a particular type of air sac cell called the aveolar type 2 lung cell. Other gene patterns were linked to abnormal IPF cell types. With this data in hand, the researchers can further investigate the role of these genes in IPF which may open up new therapy approaches to this deadly disease.

The study funded in part by CIRM was published this week in Journal of Clinical Investigation Insight and a press release about the study was picked up by PR Newswire.