You see it in the news all the time: more and more people around the world are obese and as a result they’re at a higher risk for diabetes, heart disease and cancer. In fact, 90% of individuals with type 2 diabetes are overweight or obese.

“Healthy” obese individuals protected from diabetes and other complications
A fascinating observation is that despite this tight association between weight and diabetes, some obese people are somehow shielded from the increased risks for diabetes and other associated diseases. Considering these conditions are among the leading causes of preventable death in the U.S., understanding how exactly these “healthy” obese individuals are protected could benefit millions of people.

A new study by researchers at the University of Bristol and Anti-Doping Laboratory Qatar (ADLQ) suggests that fat stem cells may hold the key to unlocking this mystery. Reporting in Diabetologia, the team found that fat stem cells from “healthy” obese people were better at storing fat compared to these same cells in people with increased risk for diabetes.

Belly fat and the development of diabetes
To delve deeper into the study, let’s take a closer look at the cellular biology of obesity and diabetes. The accumulation of fat in obese individuals initially leads to bigger fat cells but eventually causes the recruitment of fat stem cells. These additional fat cells can deposit as so-called visceral fat (aka belly fat) which accumulates within larger organs like the liver, heart and muscle instead of under the skin. Now, when a carbohydrate meal is eaten, the food is broken down into simple sugars which enter the blood. This rise in blood sugar is temporary because our organs like the liver and muscle use the sugar for energy. The blood sugar enters muscle and liver cells with the help of the hormone, insulin. But visceral fat mucks up these organs’ ability to sense insulin – they’re called insulin resistant – and blood sugar levels stay elevated which is the hallmark of type 2 diabetes (in type 1 diabetes the body doesn’t make any insulin).

In the study, the research team collected blood samples and isolated fat stem cells from 57 severely obese individuals undergoing liposuction.  Some of the volunteers were insulin resistant (their organs had a hard time taking up blood sugar despite the presence of insulin) and had obesity-related conditions like diabetes, hypertension and heart disease. The others were insulin sensitive (their organs could take in blood sugar) and had no signs of obesity-related conditions.

So why the difference? A comparison of various proteins in the blood of the two groups, showed that IL-6 – a protein secreted by the white blood cells of our immune system – was higher in the insulin resistant subjects. Back in the lab, the team found that the elevated IL-6 played a role in the cells’ reduced ability to store fat. Mohamed Elrayess, one of the authors from ADLQ, summarized the results in a press release:

“In this study we have shown that the impaired ability of fat stem cells to store excess fat was partially due to increased levels of the inflammatory marker interleukin-6 in the blood. Indeed, when fat stem cells isolated from healthy obese individuals were exposed to interleukin-6 in the laboratory, they behaved like those obtained from individuals with risk of diabetes.”

With this new piece of the obesity puzzle, the researchers are now focused on how they can make the fat stem cells from at risk individuals better at storing fat as a means to prevent the onset of diabetes.

Mogrify. Sounds like one of Harry Potter’s spells, doesn’t it? In reality, it’s something cooler than that. As reported on Tuesday in Nature Genetics, Mogrify is a new research tool that uses the magic of mathematics and computer programming to help stem cell scientists determine the necessary ingredients to convert one human cell type into another. 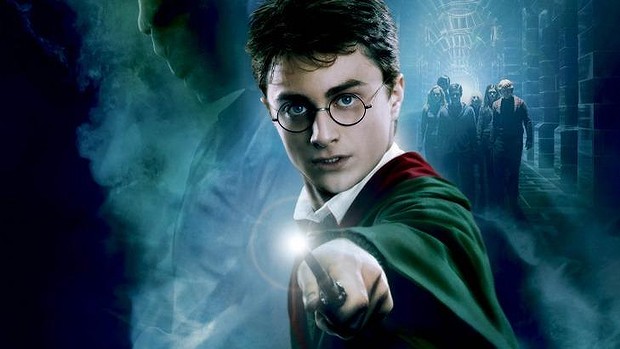 It may sound like a magical spell but Mogrify is based on real science to help researchers predict what factors are needed to convert a given cell into another. Image credit: Warner Bros.

Now, make no mistake, the stem cell field already has the knowhow to manipulate the identity of cells and stem cells in order to study human disease and work toward cell therapies. Got a human embryonic stem cell? Scientists can specialize, or differentiate, that into an insulin-producing pancreatic cell or a beating heart muscle cell to name just two examples. Got a skin cell from an autistic patient? Using the induced pluripotent stem cell (iPS) technique, researchers have worked out the steps to transform that skin cell into an embryonic stem cell-like state and then differentiate it to a nerve cell – providing new insights into the disorder. This iPS technique can even be skipped altogether to directly convert a skin cell into, say, a liver cell through a technique called transdifferentiation.

But these methods require trial and error to pinpoint the right combination of genetic on/off switches to “flip” in the cells. These switches are called transcription factors, proteins that bind to DNA and activate or repress genes. The interaction between transcription factors and genes that give a cell it’s specific identity is extremely complex. To mimic these interactions in a lab dish, scientists use their expert knowledge and make educated guesses about which combinations of genes to modulate to generate certain cell types. Still, trial and error is a necessary part of the workflow which can require months and even years of work. And with about 2000 transcription factors and 400 cell types in humans, there’s an enormous number of possible combinations to potentially test.

Meet Mogrify
This is where Mogrify, a computational algorithm developed by a collaboration between scientists at the University of Bristol in the UK and Monash University in Australia, comes into the picture. Without lifting a pipette, Mogrify appears to be able to determine the most likely combination of transcription factors to transdifferentiate a given cell type into another without forcing the cell back to an embryonic stem cell state.

Mogrify was applied to FANTOM5, a dataset created by a large international effort to describe gene activity networks in all the cell types of the human body. With Mogrify and FANTOM5 in hand, the team first validated their algorithm by making predictions for transdifferentiation recipes that have already been established in scientific publications. For example, Mogrify correctly predicted that the transcription factor, MYOD1, could directly convert a skin cell to a muscle cell, one of the early examples of transdifferentiated cells described back in the 1980’s by the lab of Harold Weintraub. Altogether these “in silico” validation experiments recovered the correct published transcription factors at a rate of 84% compared to 31% and 51% for two other computer algorithms published by independent groups. And in 6 out of the 10 conversion experiments, Mogrify predicted 100% of the required transcription factors. As the team points out in their research article, had Mogrify been available to these scientists, they would have saved a lot of time:

“If Mogrify had been used in the original studies, the experiments could have been a success the first time.”

In addition to these validation tests, the team also tried out Mogrify in lab experiments without the help of previous publications. In one of the experiments they asked Mogrify to suggest transdifferentiation factors for converting adult fibroblasts, which are collagen-producing cells, into keratinocytes, the cells that make up the outer layer of our skin.  The algorithm predicted a set of five transcription factors which were then introduced into the fibroblasts in the lab. Within three weeks, most of the fibroblasts had converted into cells resembling keratinocytes – they had the appropriate protein markers on their surface and had taken on the typical shape seen in keratinocytes. 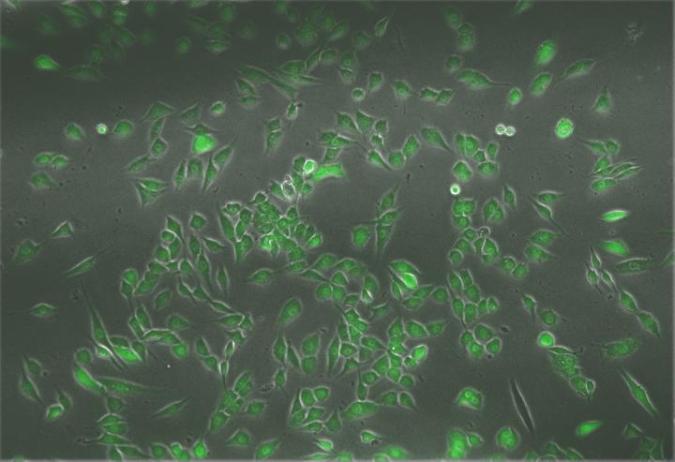 The image shows the results of converting fibroblasts (collagen producing cells) to keratinocytes (skin cells) using the Mogrify algorithm. In the image it can be seen that the converted keratinocytes, which are stained green, have a ‘cobble-stone’ pattern while fibroblasts have a long thin morphology. Credit: Nature Genetics & Rackham et al.

Insights and Questions
I think Mogrify is a fascinating example of how machines and human brain power together can push the envelope of biological discoveries. Through laboratory research, scientists gradually build mental models of various cellular processes. These mental models are sources of thought experiments that they test in the lab. Yet, the countless interactions between genes, proteins and cells is so complex that the intuition of even the greatest scientific minds breaks down at some point. That’s where researchers can leverage the insight of tools like Mogrify.

Will Mogrify be a breakthrough game-changer in the world of stem cell science? Only time will tell as more scientists around the world put it to use. And thanks to the team, one can start using it right now because it’s available to anyone online. Just select your starting and finishing cell types from a pull down menu to begin.

Screenshot from Mogrify.net. Just select your desired starting and finishing cell types and Mogrify recommends which transcription factors to use for your cell conversion.

Will Mogrify completely eliminate the need to do some trial and error? Not likely, as the authors knowledge, but it’s a great starting point. If scientists can dramatically shorten the time needed to generate the cells related to their particular disease of interest, then they can more quickly move on to the hard work ahead: gaining a deeper understanding of the disease and developing cures. Julian Gough, professor of bioinformatics at the University of Bristol and one of the senior researchers on the report, spoke of the potential impact of Mogrify in a university press release:

“The ability to produce numerous types of human cells will lead directly to tissue therapies of all kinds, to treat conditions from arthritis to macular degeneration, to heart disease. The fuller understanding, at the molecular level of cell production leading on from this, may allow us to grow whole organs from somebody’s own cells.”