Understanding the basic biology of how a cell functions can be crucial to being able to better understand a disease and unlock a potential approach for a treatment. Stem cells are unique in that they give scientists the opportunity to create a controlled environment of cells that might be otherwise difficult to study. Dr. Eva Hedlund and a team of researchers at the Karolinska Institute in Sweden utilize a stem cell model approach to uncover findings related to Amyotrophic Lateral Sclerosis (ALS), also known as Lou Gehrig’s Disease.

ALS is a progressive neurodegenerative disease that destroys motor neurons, a type of nerve cell, that are important for voluntary muscle movement. When motor neurons can no longer send signals to the muscles, the muscles begin to deteriorate, a process formally known as atrophy. The progressive atrophy leads to muscle paralysis, including those in the legs and feet, arms and hands, and those that control swallowing and breathing. It affects about 30,000 people in the United States alone, with 5,000 new cases diagnosed each year. There is currently no cure.

In a previous study, researchers at the Karolinska Institute were able to successfully create oculomotor neurons from embryonic stem cells. For reasons not yet fully understood, oculomotor neurons are “ALS resilient” and can survive all stages of the disease.

In the current study, published in Stem Cell Reports, Dr. Hedlund and her team found that the oculomotor neurons they generated appeared more resilient to ALS-like degeneration when compared to spinal cord motor neurons, something commonly observed in humans. Furthermore, they discovered that their “ALS resilient” neurons generated from stem cells activate a survival-enhancing signal known as Akt, which is common in oculomotor neurons in humans and could explain their resilience. These results could potentially aid in identifying genetic targets for treatments protecting sensitive neurons from the disease.

In a press release, Dr. Hedlund is quoted as saying,

“This cell culture system can help identify new genes contributing to the resilience in oculomotor neurons that could be used in gene therapy to strengthen sensitive motor neurons.”

CIRM is currently funding two clinical trials for ALS, one of which is being conducted by Cedars-Sinai Medical Center and the other by Brainstorm Cell Therapeutics. The latter of the trials is currently recruiting patients and information on how to enroll can be found here.

Stem cell transplants help put MS in remission: A combination of high dose immunosuppressive therapy and transplant of a person’s own blood stem cells seems to be a powerful tool in helping people with relapsing-remitting multiple sclerosis (RRMS) go into sustained remission.

Multiple sclerosis (MS) is an autoimmune disorder where the body’s own immune system attacks the brain and spinal cord, causing a wide variety of symptoms including overwhelming fatigue, blurred vision and mobility problems. RRMS is the most common form of MS, affecting up to 85 percent of people, and is characterized by attacks followed by periods of remission.

Five years after the treatment, most of the patients were still in remission, despite not taking any medications for MS. Some people even recovered some mobility or other capabilities that they had lost due to the disease.

In a news release, Dr. Anthony Fauci, Director of NIAID, said anything that holds the disease at bay and helps people avoid taking medications is important:

“These extended findings suggest that one-time treatment with HDIT/HCT may be substantially more effective than long-term treatment with the best available medications for people with a certain type of MS. These encouraging results support the development of a large, randomized trial to directly compare HDIT/HCT to standard of care for this often-debilitating disease.”

Using stem cells to model brain development disorders. (Karen Ring) CIRM-funded scientists from the Scripps Research Institute are interested in understanding how the brain develops and what goes wrong to cause intellectual disabilities like Fragile X syndrome, a genetic disease that is a common cause of autism spectrum disorder.

Because studying developmental disorders in humans is very difficult, the Scripps team turned to stem cell models for answers. This week, in the journal Brain, they published a breakthrough in our understanding of the early stages of brain development. They took induced pluripotent stem cells (iPSCs), made from cells from Fragile X syndrome patients, and turned these cells into brain cells called neurons in a cell culture dish.

They noticed an obvious difference between Fragile X patient iPSCs and healthy iPSCs: the patient stem cells took longer to develop into neurons, a result that suggests a similar delay in fetal brain development. The neurons from Fragile X patients also had difficulty forming synaptic connections, which are bridges that allow for information to pass from one neuron to another.

“We’re the first to see that these changes happen very early in brain development. This may be the only way we’ll be able to identify possible drug treatments to minimize the effects of the disorder.”

Looking ahead, Loring and her team will apply their stem cell model to other developmental diseases. She said, “Now we have the tools to ask the questions to advance people’s health.”

A Day to Discover What Stem Cells Are All about.  (Karen Ring) Everyone is familiar with the word stem cells, but do they really know what these cells are and what they are capable of? Scientists are finding creative ways to educate the public and students about the power of stem cells and stem cell research. A great example is the University of Southern California (USC), which is hosting a Stem Cell Day of Discovery to educate middle and high school students and their families about stem cell research.

The event is this Saturday at the USC Health Sciences Campus and will feature science talks, lab tours, hands-on experiments, stem cell lab video games, and a resource fair. It’s a wonderful opportunity for families to engage in science and also to expose young students to science in a fun and engaging way.

Interest in Stem Cell Day has been so high that the event has already sold out. But don’t worry, there will be another stem cell day next year. And for those of you who don’t live in Southern California, mark your calendars for the 2017 Stem Cell Awareness Day on Wednesday, October 11th. There will be stem cell education events all over California and in other parts of the country during that week in honor of this important day.

What exactly goes on inside the human body? If you asked this question to the children’s book character Ms. Frizzle, she would throw you into her Magic School Bus and take you on a wild ride “Inside the Human Body” to get you up close and personal with the different organs and structures within our bodies.

Ms. Frizzle had a wild imagination, but she was on to something with her crazy adventures. Recently, scientists took a page out of one of Ms. Frizzle children’s books and took their own wild ride to check out what’s going on with the human spinal cord.

In a paper published yesterday in Neuron, scientists from the Salk Institute in San Diego reported that they were able to watch spinal cord cells walk around the spine of mice in real-time. They used a special microscope that could track and record the movement of motor neurons, an important nerve cell that controls the movement of muscles in your body. What they found when they watched these cells was equivalent to a pot of gold at the end of the rainbow.

Check out their stunning movie here:

Understanding how the different cells of the spinal cord work together is very important because it will allow scientists and doctors to figure out better ways to treat patients with spinal cord injuries or neurodegenerative diseases, like ALS, that affect motor neurons.

Senior author Samuel Pfaff commented in a press release on the importance of this study and how easy his team’s technology is to use: 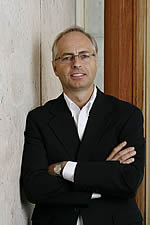 Using optical methods to be able to watch neuron activity has been a dream over the past decade. Now, it’s one of those rare times when the technology is actually coming together to show you things you hadn’t been able to see before. You don’t need to do any kind of post-image processing to interpret this. These are just raw signals you can see through the eyepiece of a microscope. It’s really a jaw-dropping kind of visualization for a neuroscientist.

While this study doesn’t provide a direct avenue for therapeutic development, it does pave the way for a better understanding of the normal, healthy processes that go on in the human spine. Having more knowledge of “what is right” will help scientists to develop better strategies to fix “what is wrong” in spinal cord injuries and diseases like ALS.

Each individual muscle in our body—no matter how large or how small—is controlled by several types of motor neurons. Damage to one or more types of these neurons can give rise to some of the most devastating motor neuron diseases, many of which have no cure. But now, stem cell scientists at UCLA have manufactured a way to efficiently generate motor neuron subtypes from stem cells, thus providing an improved system with which to study these crucial cells.

“Motor neuron diseases are complex and have no cure; currently we can only provide limited treatments that help patients with some symptoms,” said senior author Bennett Novitch, in a news release. “The results from our study present an effective approach for generating specific motor neuron populations from embryonic stem cells to enhance our understanding of motor neuron development and disease.”

Normally, motor neurons work by transmitting signals between the brain and the body’s muscles. When that connection is severed, the individual loses the ability to control individual muscle movement. This is what happens in the case of amyotrophic lateral sclerosis, or ALS, also known as Lou Gehrig’s disease.

These images reveal the significance of the ‘Foxp1 effect.’ The Foxp1 transcription factor is crucial to the normal growth and function of motor neurons involved in limb-movement.

Recent efforts had focused on ways to use stem cell biology to grow motor neurons in the lab. However, such efforts to generate a specific type of motor neuron, called limb-innervating motor neurons, have not been successful. This motor-neuron subtype is particularly affected in ALS, as it supplies nerves to the arms and legs—the regions usually most affected by this deadly disease.

In this study, published this week in Nature Communications, Novitch and his team, including first author Katrina Adams, worked to develop a better method to produce limb-innervating motor neurons. Previous efforts had only had a success rate of about 3 percent. But Novitch and Adams were able to boost that number five-fold, to 20 percent.

In this approach, which was funded in part by a grant from CIRM, the team added a single transcription factor (a type of protein that regulates gene function), which would then guide the stem cell towards becoming the right type of motor neuron. Here, Novitch, Adams and the team used the Foxp1 transcription factor to do the job.

Normally, Foxp1 is found in healthy, functioning limb-innervating motor neurons. But in stem cell-derived motor neurons, Foxp1 was missing. So the team reasoned that Foxp1 might actually be the key factor to successfully growing these neurons.

Their initial tests of this theory, in which they inserted Foxp1 into a developing chicken spinal cord (a widely used model for neurological research), were far more successful. This result, which is not usually seen with most unmodified stem-cell-derived motor neurons, illustrates the important role played by Foxp1.

The most immediate implications of this research is that now scientists can now use this method to conduct more robust studies that enhance the understanding of how these cells work and, importantly, what happens when things go awry.