California has the largest aging population in the United States. The U.S. Census Bureau has estimated that one in five Californians will be 65 or older by the year 2030. Unfortunately with age comes a wide of health related issues that can arise such as Alzheimer’s.

Alzheimer’s is caused by changes in the brain that affect memory and thinking skills. The disease can progress to the point where carrying out the simplest tasks become quite a challenge. In the United States alone, 5.8 million people are living with Alzheimer’s, 630,000 of whom live in California. By 2050, the number of people with Alzheimer’s in the United States is expected to increase to almost 14 million.

To address this growing problem, California Governor Gavin Newsom announced the creation of a California Alzheimer’s Task Force comprised of scientists, politicians, and other individuals dedicated to addressing the needs of the Alzheimer’s community and the impact the disease has on California. The new task force has been tasked with releasing a report on the disease and ways to address the challenges it poses by 2020.

One of these task force members is our very own Lauren Miller Rogen, who is a dedicated member of our governing Board and the co-founder of Hilarity for Charity, a charity organization that raises awareness about and funds for research into Alzheimer’s. In addition to her advocacy work, Lauren is also a screenwriter and actress, staring alongside her husband Seth Rogen in movies such as 50/50 and Superbad.

“I’m so honored to join the Task Force to fight for the 670,000 Californians currently living with Alzheimer’s and for those who care for them,” Miller Rogen said. “This is a tremendous and diverse group who intend to create and propose real ideas to change the course of this disease.”

For Lauren, her journey towards becoming an advocate for Alzheimer’s is a very personal one. Her grandfather died of Alzheimer’s when she was just 12 years old and her grandmother died of the disease six years after that. Now, her mother is struggling with Alzheimer’s, having been diagnosed at the age of 55.

You can read more about Lauren’s story on a previous blog post.

CIRM have given awards totaling over $56 million throughout the years dedicated towards Alzheimer’s related research. 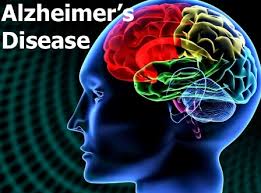 In 1983, when President Ronald Reagan designated an annual National Alzheimer’s Disease Awareness Month fewer than two million Americans had Alzheimer’s. Today, that number is close to 5.5 million and estimates suggest it will rise to 16 million by 2050. There are no treatments. No cure. But around the globe people are working hard to change that.

At CIRM we have invested more than $60 million in 21 projects aimed at developing a deeper understanding of the disease and, we hope, one day developing effective treatments.

One of those helping lead that fight is our Board member Lauren Miller Rogen. Lauren has a family history of the disease and uses that to fuel her activism not just on our Board but through Hilarity for Charity, the organization she co-founded with her husband, Seth Rogen.

Lauren was recently profiled by the stem cell advocacy group Americans for Cures, talking about the impact the disease has had on her family, her advocacy on behalf of families struggling to cope with the disease and why she feels humor is such a powerful tool to raise awareness and hope in the fight against Alzheimer’s.

It’s a great interview and you can read it here.