All this month we are using our blog and social media to highlight a new chapter in CIRM’s life, thanks to the voters approving Proposition 14. We are looking back at what we have done since we were created in 2004, and also looking forward to the future. Today we look at a way of making blood stem cell transplants safer and more readily available

Blood stem cell transplants have provided lifechanging treatments to individuals.  This statement is observed firsthand in several patients in CIRM funded trials for X-linked Chronic Granulomatous Disease (X-CGD), Sickle Cell Disease (SCD), and Severe Combined Immunodeficiency (SCID).  The personal journeys of Evangelina Padilla-Vaccaro, Evie Junior, and Brenden Whittaker speak volumes for the potential this treatment holds.  In these trials, defective blood stem cells from the patient are corrected outside the body and then returned to the patient in a transplant procedure.

Unfortunately, there is still a certain degree of risk that accompanies this procedure.  Before a blood stem cell transplant can be performed,  diseased or defective blood stem cells in the patient’s bone marrow need to be removed using chemotherapy or radiation to make room for the transplant.  This leaves the patient temporarily without an immune system and at risk for a life-threatening viral infection.  Additionally, viral infections pose a serious risk to patients with immune deficiency disorders, with viruses accounting upwards of 40% of deaths in these patients.

That’s why in October 2017, the CIRM ICOC Board awarded $4.8M to fund a clinical trial conducted by Dr. Michael Pulsipher at the Children’s Hospital of Los Angeles.  Dr. Pulsipher and his team are using virus-specific T cells (VSTs), a special type of cell that plays an important role in the immune response, to treat immunosuppressed or immune deficient patients battling life-threatening viral infections.  This trial includes patients with persistent viral infections after having received a blood stem cell transplant as well as those with immune deficiency disorders that have not yet received a blood stem cell transplant.  The VSTs used in this trial specifically treat cytomegalovirus (CMV), Epstein-Barr virus (EBV), and adenovirus infections.  They are manufactured using cells from healthy donors and are banked so as to be readily available when needed.

One challenge of receiving a stem cell transplant can be finding a patient and donor that are a close or identical match.  This is done by looking at specific human leukocyte antigens (HLA), which are protein molecules we inherit from our parents.  To give you an idea of how challenging this can be, you only have a 25% chance of being an HLA identical match with your sibling.

To learn more about Dr. Pulsipher’s work, please view the video below:

Stem cell transplants offer a lot of promise for treating or curing patients who’ve exhausted their therapeutic options. However, there are some potential risks associated with putting stem cells into the human body such as cancer and infection. But scientists and clinicians are working hard to reduce the risk of stem cell therapies by testing them in animals and in early stage clinical trials.

There was good news recently when scientists at the City of Hope reported that they’ve developed a vaccine that could make stem cell transplants safer. 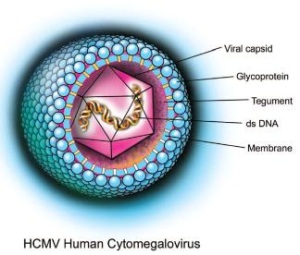 The vaccine helps the immune system fight cytomegalovirus (CMV), which affects 50-80% of adults in the US. CMV typically lies dormant in the human body, but it can be activated in immunocompromised people, pregnant women, and patients receiving stem cell transplants. Once activated, CMV can cause nasty infections and even hepatitis (liver inflammation). There are anti-viral drugs that patients suffering from CMV flare-ups can take, but these drugs are very toxic and can sometimes do more harm than good.

In a report published in the Lancet Haematology, the group at City of Hope described a CMV vaccine called CMVPepVax that’s both safe and effective in protecting patients receiving stem cell transplants from CMV flare-ups. They tested the vaccine in a phase 1 clinical trial in 36 patients receiving stem cell treatments for cancer or other diseases. Half of the group received two doses of the vaccine at different time points (28 and 56 days), and the other half didn’t get the vaccine.

After three months, the researchers compared the group that received the vaccine to the control group and saw striking differences. Patients who got CMVPepVax had a boosted immune response against CMV, lower occurrence of CMV flare-ups, and reduced need for anti-viral drugs.

“Overall, people who received the vaccine had more robust immune recovery than those in the observation group. I was surprised because I didn’t expect to see such a dramatic difference between the two groups in such a small sample study.”

Even more exciting was the observation that patients receiving the vaccine were less likely to experience a relapse of their disease (leukemia was given as an example) and had a lower risk of death. 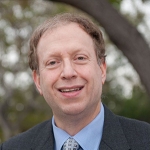 “We didn’t anticipate this to happen. Yet we found this striking signal from the data, which told us that those in the vaccine arm of the trial were less likely to relapse of their disease and less likely to develop problems that would lead to non-relapse mortality. In the future, the CMVPepVax vaccine may prove useful not only for patients receiving stem cell transplants, but also for recipients of solid organ transplants or other immunodeficiency diseases.”

Of course, with any exciting breakthrough such as this, it’s wise to not count your chickens too early. In a City of Hope press release, both Nakamura and Diamond said that these results need to be replicated in a larger phase 2 trial before they can conclude that the vaccine works.

The trial is currently underway. It’s a larger, double-blind study that will compare patients receiving CMVPepVax to a placebo group. It’s the authors’ hope that the results from this trial will support their earlier phase 1 results and also shed light on why the vaccine protects against leukemia relapse.

“We want to get confirmation to see whether lightning strikes twice with these effects. The current phase 2 trial, funded by the National Cancer Institute, will tell us whether the protective effects are really valid. If they are, it would be quite exciting.”

The results of this phase 2 trial will be especially important given the recent news about the failure of Chimerix Inc.’s antiviral CMV drug. The company’s stock took a huge hit today after they reported that their oral antiviral CMV drug didn’t reduce infection in stem cell transplant patients in a late-stage study.