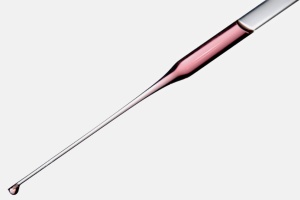 There are many different types of cells in the human body, but they all have something in common: housed within each is the complete set of genetic instructions, our genome, that give us life. It turns out that what makes cells different—what guides a blood cell to become a blood cell—depends on which parts of the genome are switched on, and which remain silent.

That much has become clear in recent years. But as far as the underlying molecular processes that guide these genetic ‘switches’? Scientists are still trying to figure out how it all works.

Luckily, a team of engineers at Stanford University made a significant break in the case: a way to map the growth of a single cell at the molecular level, gene by gene and day by day. The result: a procedure that effectively ‘reverse engineers’ a specific type of mature tissue from a single cell—knowledge that stands to improve scientists’ understanding of how cells transform from an all-purpose, stem cell-like state, into the various cell-types in the body.

The research team, led by Stephen Quake from the Stanford School of Engineering, focused on the types of lung cells that make up the alveoli, the small structures that serve as ‘docking stations’ for blood vessels to receive oxygen and expel carbon dioxide. In order to achieve their results, which were published in the April 13 issue of the journal Nature, the team required a few ingenious pieces of technology.

First, a specialized device, akin to a molecular ‘eye-dropper,’ that allows for collecting a single cell inside a chamber to study. And second, a way to detect the genes that were being switched on in that cell as it matured over time.

That specific set of tools, however, did not exist. So the research team built them. And in so doing, they were able to shed light on what had until now been a very nebulous process.

Using their newly developed tools, Quake and his team discovered that the two main types of alveolar cells, called (fittingly) alveolar type-1 and alveolar type -2, both derive from the same early-stage lung cell. This is despite significant physical differences and functions between the two types. The team’s technique also allowed them to capture cells at critical moments in time, for example as they transitioned from an early, stem cell-like state into a more mature alveolar-like cell.

Though pioneered in lung cells, this technology could be applied to a wide variety of cell types—and therein lies the rub. As Tushar Desai, the study’s co-author and an assistant professor at the Stanford University School of Medicine explained in a news release:

“This technique represents a quantum leap forward in our ability to apprehend the full diversity of cell types, including the rare ones that could have special functions. Because of a comprehensive molecular characterization of each [cell] type is achieved, a snapshot of the communication between individual cells will also emerge—and may suggest attractive therapeutic targets in disease.”

Indeed, this study highlights the important relationship between the fields of genomics and the stem cell research; a relationship that CIRM believes must be fostered, as evidenced by the creation of the new Center for Excellence in Stem Cell Genomics earlier this year. As CIRM President Alan Trounson stated in the January news release announcing the new Genetics Center:

“That deeper knowledge, that you can only get through a genomic analysis of the cells, will help us develop better ways of using these cells to come up with new treatments for deadly diseases.”