It’s not just a baby’s developing brain that is vulnerable to the Zika virus, adult brains may be too. A new study shows that some stem cells that help repair damage in the adult brain can be impacted by Zika. This is the first time we’ve had any indication this could be a problem in a fully developed brain.

The study, in the journal Cell Stem Cell, looked at neural progenitors, a  stem cell that plays an important role in helping replace or repair damaged neurons, or nerve cells, in the brain. The researchers exposed the cells to the Zika virus and found that it infected the cells, causing some of the cells to die, and also limited the ability of the cells to proliferate.

In an interview in Healthday, Sujan Shresta, a researcher at the La Jolla Institute for Allergy and Immunology and one of the lead authors of the study, says although their work was done in adult mice, it may have implications for people:

“Zika can clearly enter the brains of adults and can wreak havoc. But it’s a complex disease, it’s catastrophic for early brain development, yet the majority of adults who are infected with Zika rarely show detectable symptoms. Its effect on the adult brain may be more subtle and now we know what to look for.”

Move over CRISPR, there’s a new gene-editing tool in town 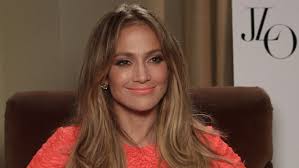 For much of the last year the hottest topic in stem cell and gene editing research has been CRISPR and the ease with which it can be used to edit genes. It’s so hot that apparently it’s the title of an upcoming TV show starring Jeniffer Lopez.

But hold on J-Lo, a new study in Nature Communications says by the time the show is on the air it may be old hat. Researchers at Carnegie Mellon and Yale University have developed a new gene-editing system, one they claim is easier to use and more accurate than CRISPR. And to prove it, they say they have successfully cured a genetic blood disorder in mice, using a simple IV approach.

Tools like CRISPR use enzymes to cut open sections of DNA to edit a specific gene. It’s like using a pair of scissors to cut a piece of string that has a big knot in the middle; you cut out the knot then join the ends of the string together. The problem with CRISPR is that the enzymes it uses are quite large and hard to use in a living animal – let alone a human – so they have to remove the target cells from the body and do the editing in the lab. Another problem is that CRISPR sometimes cuts sections of DNA that the researchers don’t want cut and could lead to dangerous side effects.

The Carnegie Mellon/Yale team say their new method avoids both problems. They use nanoparticles that contain molecules made from peptide nucleic acid (PNA), a kind of artificial form of DNA. This PNA is engineered to be able to cut open DNA and bind to a specific target without cutting anything else.

The team used this approach to target the mutated gene in beta thalassemia, a blood disorder that can be fatal if left untreated. The therapy binds to the malfunctioning gene, enabling the body’s own DNA repair system to correct the problem.

In a news story in Science Daily Danith Ly, one of the lead authors on the study, says even though the technique was successful in editing the target genes just 7 percent of the time, that is way more than the 0.1 percent rate most other gene editing tools achieve.

“The effect may only be 7 percent, but that’s curative. In the case of this particular disease model, you don’t need a lot of correction. You don’t need 100 percent to see the phenotype return to normal.”

Hormone that controls if and when fat cells mature

Obesity is one of the fastest growing public health problems in the US and globally. Understanding the mechanisms behind how that happens could be key to finding ways to address it. Now researchers at Stanford University think they may have uncovered an important part of the answer.

Their findings, reported in Science Signaling, show that mature fat cells produce a hormone called Adamts1 which acts like a switch for surrounding stem cells, determining if they change into fat-storing cells.   People who eat a high-fat diet experience a change in their Adamst1 production, and that triggers the nearby stem cells to specialize and start storing fat.

There are still a lot of questions to be answered about Adamst1, including whether it acts alone or in conjunction with other as yet unknown hormones. But in an article in Health Canal, Brian Feldman, the senior author of the study, says they can now start looking at potential use of Adamst1 to fight obesity.

“That won’t be a simple answer. If you block fat formation, extra calories have to go somewhere in the body, and sending them somewhere else outside fat cells could be more detrimental to metabolism. We know from other researchers’ work that liver and muscle are both bad places to store fat, for example. We do think there are going to be opportunities for new treatments based on our discoveries, but not by simply blocking fat formation alone.”