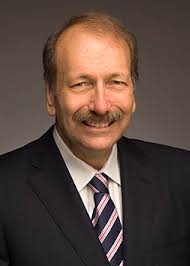 Fast forward almost 60 years and Dr. Blumenthal, now a world-renowned professor of astronomy and astrophysics and the Chancellor of U.C. Santa Cruz, has been named as the newest member of the CIRM governing Board.

“As a Regent of the University of California, I have been impressed by his deep commitment to expanding educational opportunity for all California students and enhancing research opportunities. I am confident the Chancellor’s vision and leadership will be of immense benefit to the CIRM Board.”

In a news release Dr. Blumenthal said he is looking forward to being part of CIRM:

“The California Institute for Regenerative Medicine is doing outstanding work, and I am delighted to join the Board. CIRM support has advanced stem cell research at UC Santa Cruz and across the state. Public support for this work remains strong, and I look forward to playing a role in securing the future of the institute.”

But getting back to Sputnik for a moment. In an article in Valley Vision, the newsletter for Joint Venture Silicon Valley, Dr. Blumenthal said the launch of Sputnik helped fuel his interest in science in general and space in particular.

“Sputnik had a profound effect on American science and it certainly played a part in my interest in space and physics all through high school, college and graduate school,” says Blumenthal. “I intended to become a particle physicist, but after a year in grad school I became more interested in space and astronomy, so I changed from studying the smallest things in the universe to the biggest, like galaxies.”

Dr. Blumenthal became the first in his family to graduate from college. He then went on to enjoy a successful career as a professor of astronomy and astrophysics. His research helped deepen our understanding of galaxies and the cosmos, including the role that dark matter plays in the formation of the structure of the universe. He became the chair of the California Association for Research in Astronomy (CARA), which manages the W. M. Keck Observatory near the summit of Mauna Kea in Hawaii. He also co-authored two of the leading astronomy textbooks, 21st Century Astronomy and Understanding our Universe.

Blumenthal joined the faculty of UC Santa Cruz in 1972 and was named chancellor in 2007. Throughout his career he has been a champion of diversity both at UCSC, where he created the Chancellor’s Advisory Council on Diversity, and throughout the U.C. system, where he served as a member of the Regents’ Study Group on Diversity.

“We are honored to have someone with Dr. Blumenthal’s experience and expertise join the Board. As Chancellor at UCSC he has demonstrated a clear commitment to advancing world-class research and earned a reputation as a bold and visionary leader. We look forward to seeing those qualities in action to help advance CIRM’s mission.”

At CIRM we are shooting for the stars, aiming as high as we can to help accelerate stem cell treatements to patients with unmet medical needs. It will be nice having Dr. Blumenthal on Board to help guide us.