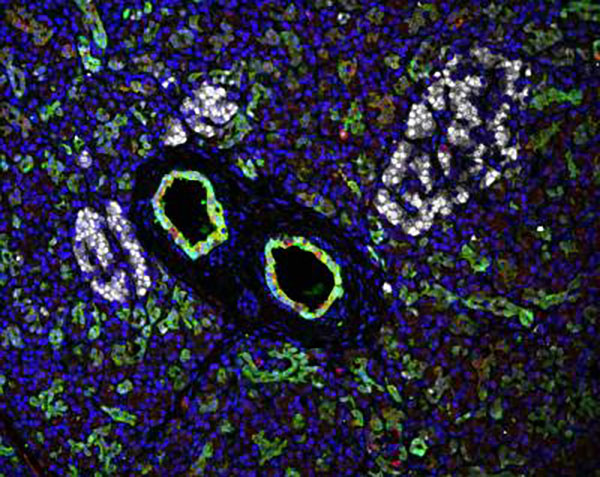 Bubble baby disease, also known as severe combined immunodeficiency (SCID), is an inherited disorder that leaves newborns without an effective immune system. Currently, the only approved treatment for SCID is a blood stem cell transplant, in which the patient’s defective immune system cells are eliminated by chemotherapy or radiation to clear out space for cells from a healthy, matched donor. Even though the disease can be fatal, physicians loathe to perform a stem cell transplant on bubble baby patients:

“Physicians often choose not to give chemotherapy or radiation to young children with SCID because there are lifelong effects: neurological impairment, growth delays, infertility, risk of cancer, etc.,” says Judith Shizuru, MD, PhD, professor of medicine at Stanford University.

To avoid these complications, Dr. Shizuru is currently running a CIRM-funded clinical trial testing a gentler approach to prepare patients for blood stem cell transplants. She presented promising, preliminary results of the trial on Tuesday at the annual meeting of Stanford’s Center for Definitive and Curative Medicine.

Trial participants are receiving a protein antibody called CD117 before their stem cell transplant. Previous studies in animals showed that this antibody binds to the surface of blood stem cells and blocks the action of a factor which is required for stem cell survival. This property of CD117 provides a means to get rid of blood stem cells without radiation or chemotherapy.

Early results in two participants indicate that, 6 and 9 months after receiving the CD117 blood stem cell transplants, the donor cells have successfully established themselves in the patients and begun making immune cells. 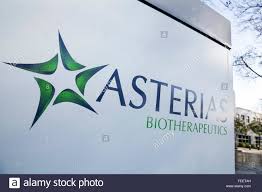 Regular readers of our blog will already know about our funding for the clinical trial being run by Asterias Biotherapeutics to treat spinal cord injuries. The latest news from the company is very encouraging, in terms of both the safety and effectiveness of the treatment.

Asterias is transplanting stem cells into patients who have suffered recent injuries that have left them paralyzed from the neck down. It’s hoped the treatment will restore connections at the injury site, allowing patients to regain some movement and feeling in their hands and arms.

This week the company announced that of the 25 patients they have treated there have been no serious side effects. In addition:

“The positive safety profile to date, the evidence supporting engraftment of the cells post-implantation, and the improvements we are seeing in upper extremity motor function highlight the promising findings coming from this Phase 1/2a clinical trial, which will guide us as we work to design future studies.”

There you are! Finding the “elusive” human pancreatic progenitor cells – the story behind our cool Instagram image of the week.

Don’t you hate it when you lose something and can’t find it? Well imagine the frustration of scientists who were looking for a group of cells they were sure existed but for decades they couldn’t locate them. Particularly as those cells might help in developing new treatments for diabetes.

Well, rest easy, because scientists at the Diabetes Research Institute at the University of Miami finally found them.

In a study, published in Genetic Engineering and Biotechnology News, the researchers show how they found these progenitor cells in the human pancreas, tucked away in the glands and ducts of the organ.

In type 1 diabetes, the insulin-producing cells in the pancreas are destroyed. Finding these progenitor cells, which have the ability to turn into the kinds of cells that produce insulin, means researchers could develop new ways to regenerate the pancreas’ ability to function normally.

That’s a long way away but this discovery could be an important first step along that path.