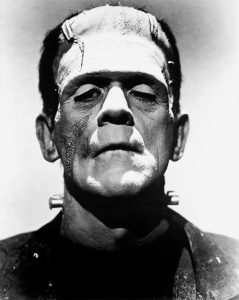 Is this the face of the future?

“Have you ever wished that there were something different about yourself? Maybe you imagined yourself taller, thinner or stronger? Smarter? More attractive? Healthier?” 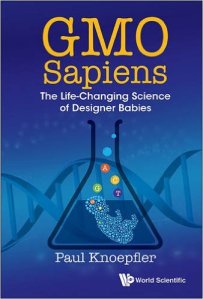 You can find GMO Sapiens on Amazon.com

The book is a fascinating, and highly readable, and takes a unique look at the dramatic advances in technology that allow us to edit the human genome in ways that could allow us to do more than just create “designer babies”, it could ultimately help us change the definition of what it means to be human.

Paul begins by looking at the temptation to use technologies like CRISPR (we have blogged about this here), to genetically edit or alter human embryos so that the resulting child is enhanced in some ways. It could be that the editing is used to remove a genetic mutation that could cause a deadly disease (such as the BRCA1 gene that puts women at increased risk of breast and ovarian cancer) or it could be that the technique is used to give a baby blue eyes, to make it taller, more athletic, or to simply eliminate male pattern baldness later in life.

Paul says those latter examples are not as ridiculous as they sound:

“If you think these ideas sound far-fetched, consider that Americans alone spend tens of billions of dollars each year on plastic surgery procedures and creams to try to achieve these kinds of goals. Some of the time elective cosmetic surgery is done on children. In the future, we might have “cosmetic genetic surgeons” who do “surgery” on our family’s genes for cosmetic reasons. In other countries the sensibilities and cultural expectations could lead to other kinds of genetic modifications of humans for “enhancements”.

While the technology that enables us to do this is new, the ideas behind why we would want to do this are far from new. Paul delves into those ideas including a look at the growth of the eugenics movement in the late 19th and early 20th century advocating the improvement of human genetic traits through higher reproductive rates for people considered “superior”. And there was a darker side to the movement:

“Indiana had instituted the first law for sterilization of “inferior” people in the world in 1907. Astonishingly this state law and then similar laws (the original was revoked, but a new law was passed later) stayed on the books in that state until 1974.

This led to approximately 2,500 governmentally forced sterilizations. The poor, uneducated, people of color, Native Americans, and people with disabilities were disproportionately targeted.”

Paul explores the ethical and moral implications of changing our genetic code, changes that can then be passed on to future generations. While he understands the desire to use these technologies to create positive changes, he is also very clear in his concerns that we don’t yet have enough knowledge to be able to use them in a safe manner.

“CRISPR can literally re-write the genomic book inside of us. However, it remains unknown how often it might go to the wrong page or paragraph, so to speak, or stay on the right page, but make an undesired edit there.”

Tiny errors in editing the genome, particularly at such an early stage in an embryo’s development, could have profound and unintended consequences years down the road, resulting in physical or developmental problems we can’t anticipate or predict. For example, you might remove the susceptibility to one disease only to create an even larger problem, one that is now embedded in that person’s DNA and ready to be passed on to subsequent generations.

The book includes interviews with key figures in the field – scientists, bioethicists etc. – and covers a wide range of views of what we should do. For example, the Director of the US National Institutes of Health (NIH), Francis Collins, said that designer babies “make good Hollywood — and bad science,” while the Center for Genetics and Society has advocated for a moratorium on human genetic modification in the US.

In contrast, scientists such as Harvard professor George Church and CRISPR pioneer Jennifer Doudna of UC Berkeley, say we need to carefully explore how to harness the potential for these technologies.

For Church it is a matter of choice:

“The new technology enables parents to make choices about their children just as they might with Ritalin or cleft palate surgery to ‘improve’ behavior or appearance.”

For Doudna it’s acknowledging the fact that you can’t put the genie back in the bottle:

“There’s no way to unlearn what is learned. We can’t put this technology to bed. If a person has basic knowledge of molecular biology they can do it. It’s not realistic to think we can block it…We want to put out there the information that people would need to make an informed decision, to encourage appropriate research and discourage forging ahead with clinical applications that could be dangerous or raise ethical issues.”

The power of Paul’s book is that while it does not offer any easy answers, it does raise many important questions.

It’s a wonderfully well-written book that anyone can read, even someone like me who doesn’t have a science background. He does a good job of leading the reader through the development of these technologies (from the basic idea of genetically altering plants to make them disease resistant) to the portrayal of these concepts in literature (Frankenstein and Brave New World) to movies (Gattaca – 4 stars on Rotten Tomatoes  a great film if you haven’t already seen it).

It’s clear where Paul stands on the issue; he believes there should be a moratorium on human genetic modification until we have a much deeper understanding of the science behind it, and the ethics and morality underpinning it:

“This is a very exciting time to be alive and we should be open to embracing change, but not blindly or in a rush. Armed with information and passion, we can have a major, positive impact on how this biotech revolution unfolds and impacts humanity.”

By the way, Paul also has one of the most widely read blogs about stem cells, where you can read more about his thoughts on CRISPR and other topics.