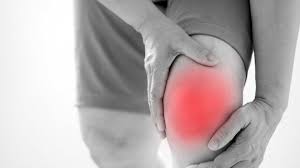 Arthritis of the knee

Every day at CIRM we get calls from people looking for a stem cell therapy to help them fight a life-threatening or life-altering disease or condition. One of the most common calls is about osteoarthritis, a painful condition where the cartilage that helps cushion our joints is worn away, leaving bone to rub on bone. People call asking if we have something, anything, that might be able to help them. Now we do.

At yesterday’s CIRM Board meeting the Independent Citizens’ Oversight Committee or ICOC (the formal title of the Board) awarded almost $8.5 million to the California Institute for Biomedical Research (CALIBR) to test a drug that appears to help the body regenerate cartilage. In preclinical tests the drug, KA34, stimulated mesenchymal stem cells to turn into chondrocytes, the kind of cell found in healthy cartilage. It’s hoped these new cells will replace those killed off by osteoarthritis and repair the damage.

This is a Phase 1 clinical trial where the goal is primarily to make sure this approach is safe in patients. If the treatment also shows hints it’s working – and of course we hope it will – that’s a bonus which will need to be confirmed in later stage, and larger, clinical trials.

From a purely selfish perspective, it will be nice for us to be able to tell callers that we do have a clinical trial underway and are hopeful it could lead to an effective treatment. Right now the only alternatives for many patients are powerful opioids and pain killers, surgery, or turning to clinics that offer unproven stem cell therapies.

The CIRM Board also awarded Poseida Therapeutics $19.8 million to target multiple myeloma, using the patient’s own genetically re-engineered stem cells. Multiple myeloma is caused when plasma cells, which are a type of white blood cell found in the bone marrow and are a key part of our immune system, turn cancerous and grow out of control.

“Multiple myeloma disproportionately affects people over the age of 65 and African Americans, and it leads to progressive bone destruction, severe anemia, infectious complications and kidney and heart damage from abnormal proteins produced by the malignant plasma cells.  Less than half of patients with multiple myeloma live beyond 5 years. Poseida’s technology is seeking to destroy these cancerous myeloma cells with an immunotherapy approach that uses the patient’s own engineered immune system T cells to seek and destroy the myeloma cells.”

In a news release from Poseida, CEO Dr. Eric Ostertag, said the therapy – called P-BCMA-101 – holds a lot of promise:

“P-BCMA-101 is elegantly designed with several key characteristics, including an exceptionally high concentration of stem cell memory T cells which has the potential to significantly improve durability of response to treatment.”

The third clinical trial funded by the Board yesterday also uses T cells. Researchers at Children’s Hospital of Los Angeles were awarded $4.8 million for a Phase 1 clinical trial targeting potentially deadly infections in people who have a weakened immune system.

Viruses such as cytomegalovirus, Epstein-Barr, and adenovirus are commonly found in all of us, but our bodies are usually able to easily fight them off. However, patients with weakened immune systems resulting from chemotherapy, bone marrow or cord blood transplant often lack that ability to combat these viruses and it can prove fatal.

The researchers are taking T cells from healthy donors that have been genetically matched to the patient’s immune system and engineered to fight these viruses. The cells are then transplanted into the patient and will hopefully help boost their immune system’s ability to fight the virus and provide long-term protection.

Whenever you can tell someone who calls you, desperately looking for help, that you have something that might be able to help them, you can hear the relief on the other end of the line. Of course, we explain that these are only early-stage clinical trials and that we don’t know if they’ll work. But for someone who up until that point felt they had no options and, often, no hope, it’s welcome and encouraging news that progress is being made.

There’s a time to grow and a time to heal—and the cells that make up our bone and cartilage have impeccable timing. During childhood and adolescence, these cells work to grow the bones longer and stronger. Once we’ve reached adulthood, they shift focus to repair and healing.

New research may help doctors treat craniofacial abnormalities while the patient is still growing—rather than having to wait until adulthood.

This is part of why children with bone deformities are often forced to wait until adulthood—until their bones stop growing—before their condition can be corrected.

Another part of the reason behind the agonizing wait is that scientists still don’t know exactly how this transition in bone cells, from a focus on growing to a focus on healing, even happens.

But new research out of the University of Michigan (UM) is well on its way to changing that.

In findings published today in Nature Cell Biology, Noriaki Ono (a UM assistant professor of dentistry) and his team announce the discovery of a subset of cartilage-making cells that take on new duties during the transition from adolescence into adulthood.

Previously, scientists had thought that these cartilage-making cells, known as chondrocytes, die once the bones stopped growing. But these new findings by Ono and his team showed that is not the case—not all chondrocytes bite the dust. Instead, they literally transform themselves from growing bone, to healing it.

The fact that some chondrocytes persist through to adulthood may mean that they can be selectively targeted to correct bone deformities in younger patients. As Ono explained in more detail:

“Up until now, the cells that drive this bone growth have not been understood very well. As an orthodontist myself, I have special interest in this aspect, especially for finding a cure for severe bone deformities in the faces of children. If we can find a way to make bones that continue to grow alongside the child, maybe we should be able to put these pieces of growing bones back into children and make their faces look much better than they do.”