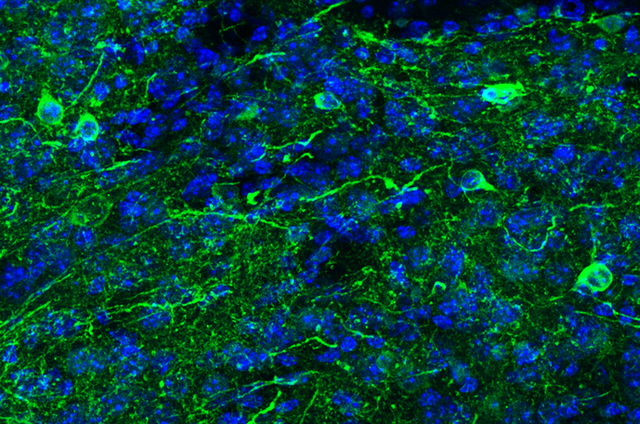 A team of researchers at the University of Texas Southwestern Medical Center made a startling discovery that could improve patient outcomes for neurological diseases.

And they did it completely by accident.

Scientists have long believed that turning one type of mature cell into another is impossible without first reverting the original cell back into a stem cell. So, the group set out to make dopamine-producing neurons (the kind of cell destroyed in Parkinson’s disease) out of glial cells (support cells in the brain and spinal cord) in live mouse brains. But according to results published in the journal Stem Cell Reports, they instead turned the mature neurons into dopaminergic neuron-like cells. They believe their inadvertent discovery could be used to treat diseases of the brain and spinal cord.

Dopaminergic neurons in the brain produce dopamine, which is important for controlling voluntary movement and the motivation-reward system that drives behavior. The loss of these cells has been linked to disorders like Parkinson’s disease, and scientists are on the hunt for new methods of replenishing these vital neurons.

Glial cells, which surround neurons and provide protective support, can regenerate and multiply easily, thus making them better candidates as potential neuron replacement therapies. That’s why Zhang and his team targeted them in the first place.

They injected a mixture of cell reprogramming promoters into a part of a mouse’s brain called the striatum.

To the team’s dismay, the glia remained unchanged; instead, so-called GABAergic medium spiny neurons that are plentiful within the striatum—and key in controlling movements—had transformed into cells that behaved like dopaminergic neurons. These new cells displayed rhythmic activity and formed network connections, much like dopaminergic cells do. Most importantly, the team found that the new cells came into being without passing through a stem cell-like transition phase.

“To our knowledge, changing the phenotype of resident, already-mature neurons has never been accomplished before,” said Zhang in a statement. “This could mean that no cell type is fixed even for a functional, mature neuron.”

Zhang believes UT Southwestern’s new discovery should be further investigated for the treatment of Parkinson’s and related disorders. “Such knowledge may one day be applied to devise therapeutic strategies for treating neurological diseases through reprogramming the phenotype of local neurons,” the team wrote in the study.