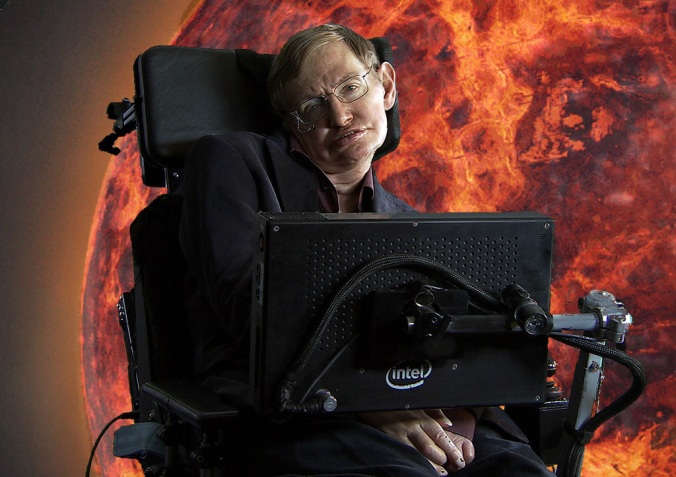 Last week, we lost one of our greatest, most influential scientific minds. Stephen Hawking, a famous British theoretical physicist and author of “A Brief History of Time: From the Big Bang to Black Holes”, passed away at the age of 76.

Hawking lived most of his adult life in a wheelchair because he suffered from amyotrophic lateral sclerosis (ALS). Also known as Lou Gehrig’s disease, ALS causes the degeneration of the nerve cells that control muscle movement.

When Hawking was diagnosed with ALS at the age of 21, he was told he only had three years to live. But Hawking defied the odds and went on to live a life that not only revolutionized our understanding of the cosmos, but also gave hope to other patients suffering from this devastating degenerative disease.

A Story of Hope

Speaking of hope, I’d like to share another story of an Orange County woman name Lisa Wittenberg who was recently diagnosed with ALS. Her story was featured this week on KTLA5 news and is also available on the UC Irvine Health website. In this video, Lisa describes how quickly ALS changed her life. She was with her family sledding in the snow last winter, and only a year later, she is in a wheelchair unable to walk. Lisa got emotional when she talked about how painful it is for her to see her 13-year-old son watch her battle with this disease.

But there is hope for Lisa in the form of a stem cell clinical trial at the UC Irvine CIRM Alpha Stem Cell Clinic. Lisa enrolled in the Brainstorm study, a CIRM-funded phase 3 trial that’s testing a mesenchymal stem cell therapy called NurOwn. BrainStorm Cell Therapeutics, the company sponsoring this trial, is isolating mesenchymal stem cells from the patient’s own bone marrow. The stem cells are then cultured in the lab under conditions that convert them into biological factories secreting a variety of neurotrophic factors that help protect the nerve cells damaged by ALS. The modified stem cells are then transplanted back into the patient where they will hopefully slow the progression of the disease.

Dr. Namita Goyal, a neurologist at UC Irvine Health involved in the trial, explained in the KTLA5 video that they are hopeful this treatment will give patients more time, and optimistic that in some cases, it could improve some of their symptoms.

Don’t Give Up the Fight

The most powerful part of Lisa’s story to me was the end when she says,

“I think it’s amazing that I get to fight, but I want everybody to get to fight. Everybody with ALS should get to fight and should have hope.”

Not only is Lisa fighting by being in this ground-breaking trial, she is also participated in the Los Angeles marathon this past weekend, raising money for ALS research.

More patients like Lisa will get the chance to fight as more potential stem cell treatments and drugs enter clinical trials. Videos like the one in this blog are important for raising awareness about available clinical trials like the Brainstorm study, which, by the way, is still looking for more patients to enroll (contact information for this trial can be found on the clinicaltrials.gov website here). CIRM is also funding another stem cell trial for ALS at the Cedars-Sinai Medical Center. You can read more about this trial on our website.

Lisa’s powerful message of fighting ALS and having hope reminds me of one of Stephen Hawking’s most famous quotes, which I’ll leave you with:

“Remember to look up at the stars and not down at your feet. Try to make sense of what you see and wonder about what makes the Universe exist. Be curious. And however difficult life may seem, there is always something you can do and succeed at. It matters that you don’t just give up.”