All physicians, especially surgeons, sport medicine doctors, and military medical corps share a similar wish: to able to speed up the healing process for their patients’ incisions and injuries. Data published this week in Cell Reports may one day fulfill that wish. The study – reported by a Stanford University research team – pinpoints a single protein that revs up stem cells in the body, enabling them to repair tissue at a quicker rate.

Most of the time, adult stem cells in the body keep to themselves and rarely divide. This calmness helps preserve this important, small pool of cells and avoids unnecessary mutations that may happen whenever DNA is copied during cell division.

To respond to injury, stem cells must be primed by dividing one time, which is a very slow process and can take several days. Once in this “alert” state, the stem cells are poised to start dividing much faster and help repair damaged tissue. The Stanford team, led by Dr. Thomas Rando, aimed to track down the signals that are responsible for this priming process with the hope of developing drugs that could help jump-start the healing process.

Super healing serum: it’s not just in video games
The team collected blood serum from mice two days after the animals had been subjected to a muscle injury (the mice were placed under anesthesia during the procedure and given pain medication afterwards). When that “injured” blood was injected into a different set of mice, their muscle stem cells became primed much faster than mice injected with “uninjured” blood. 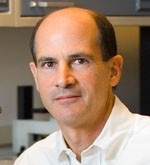 “Clearly, blood from the injured animal contains a factor that alerts the stem cells,” said Rando in a press release. “We wanted to know, what is it in the blood that is doing this?”

A deeper examination of the priming process zeroed in on a muscle stem cell signal that is turned on by a protein in the blood called hepatocyte growth factor (HGF). So, it seemed likely that HGF was the protein that they had been looking for. But, to their surprise, there were no differences in the amount of HGF found in blood from injured and uninjured mice.

HGFA: the holy grail of healing?
It turns out, though, that HGF must first be chopped in two by an enzyme called HGFA to become active. When the team went back and examined the injured and uninjured blood, they found that it was HGFA which showed a difference: it was more active in the injured blood.

To show that HGFA was directly involved in stimulating tissue repair, the team injected mice with the enzyme two days before the muscle injury procedure. Twenty days post injury, the mice injected with HGFA had regenerated larger muscle fibers compared to untreated mice. Even more telling, nine days after the HGFA treatment, the mice had better recovery in terms of their wheel running activity compared to untreated mice.

To mimic tissue repair after a surgery incision, the team also looked at the impact of HGFA on skin wound healing. Like the muscle injury results, injecting animals with HGFA two days before creating a skin injury led to better wound healing compared to untreated mice. Even the hair that had been shaved at the surgical site grew back faster. First author Dr. Joseph Rodgers, now at USC, summed up the clinical implications of these results : 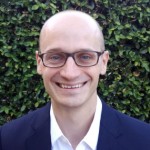 “Our research shows that by priming the body before an injury you can speed the process of tissue repair and recovery, similar to how a vaccine prepares the body to fight infection. We believe this could be a therapeutic approach to improve recovery in situations where injuries can be anticipated, such as surgery, combat or sports.”

Could we help senior citizens heal as fast as high school seniors?
Another application for this therapeutic approach may be for the elderly. Lots of things slow down when you get older including your body’s ability to heal itself. This observation sparks an intriguing question for Rando:

“Stem cell activity diminishes with advancing age, and older people heal more slowly and less effectively than younger people. Might it be possible to restore youthful healing by activating this [HGFA] pathway? We’d love to find out.”

I bet a lot of people would love for you to find out, too.