In recent years, ‘Right to Try’ laws have spread rapidly across the US, getting approved in 32 states, with at least three more states trying to pass their own versions.

The organization behind the laws says they serve a simple purpose:

‘Right To Try’ allows terminally ill Americans to try medicines that have passed Phase 1 of the FDA approval process and remain in clinical trials but are not yet on pharmacy shelves. ‘Right To Try’ expands access to potentially life-saving treatments years before patients would normally be able to access them.”

That certainly sounds like a worthy goal; one most people could get behind. And that’s what is happening. Most ‘Right To Try’ laws are passed with almost unanimous bi-partisan support at the state level. 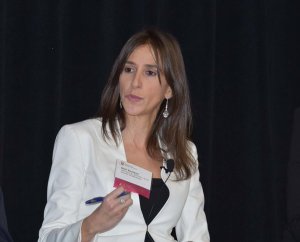 But that’s not the view of Beth Roxland, an attorney and health policy advisor with an extensive history in both regenerative medicine and bioethics. At the recent World Stem Cell Summit Roxland said ‘Right To Try’ laws are deceptive:

“These are not patient friendly but are actually patient unfriendly and could do harm to patients. The problem is that they are pretending to do something that isn’t being done. It gives patients a sense that they can get access to a treatment, but they don’t have the rights they think they do. This is a right to ask, not a right to get.”

Roxland says the bills in all 32 states are almost all identical, and use the same cookie-cutter language from the Goldwater Institute – the libertarian organization that is promoting these laws. And she says these laws have one major flaw:

“There is no actual right provided in the bill. The only right is the right to try and save your life, “by requesting” from a manufacturer a chance to try the therapy. The manufacturer doesn’t have to do anything; they aren’t obliged to comply. The bills don’t help; they give people false hopes.”

Roxland says there isn’t one substantiated case where a pharmaceutical company has provided access to a therapy solely because of a ‘Right To Try’ law.

However, Starlee Coleman, the Vice President for Communications at the Goldwater Institute, says that’s not true. She says Dr. Ebrahim Delpassand, a cancer specialist in Texas, has testified before Congress that he has treated dozens of patients under his state’s ‘Right To Try’ law. You can see a video of Dr. Delpassand here.

“We think the promise of ‘Right To Try’ is self-evident. If one doctor alone can treat 80 patients in one fell swoop, but the FDA can only manage to get 1200 people through its expanded access program each year, we think the potential to help patients is significant.”

Other speakers at the panel presentation at the World Stem Cell Summit said these laws can at the very least play an important role in at least raising the issue of the need for people battling terminal illnesses to have access to experimental therapies. Roxland agreed it was important to have that conversation but she pointed out that what often gets lost in the conversation is that these laws can have hidden costs.

Roxland says the motives behind the ‘Right To Try’ laws may be worthy but the effect is misleading, and diverts attention from efforts to create the kind of reforms that would have real benefits for patients.

Here is a blog we wrote on the same topic last year.